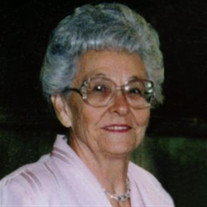 Imogene (Jean) Porter Talley, was born April 23, 1925 in Littlefield, Lamb County, Texas. The next day she went to live with her adoptive family: father, Arthur Lee Porter; mother, Eddie Earl Fowler Porter; brothers, Jack David Porter, Floyd Ivan Porter, Welton Lee Porter, and sister, Helen Maureen Porter. She was loved and nurtured by a wonderful family and many aunts, uncles, nieces and nephews on both sides of the Porter and Fowler families. She met her sweetheart Dalton Lavin Talley when she was 12 years old and he was 16. He was not interested in her but their dads (Arthur Porter and Odas Talley) worked together on some construction projects. The Porters moved to Southern California to find work in construction and mill wright projects. Dalton and his dad also moved to California to find work and soon Dalton and Odas met back up with Arthur on some construction projects for the military and thus Dalton and Jean met again. Dalton was smitten by this young lady. Dalton joined the Marines to escape the draft after the bombing of Pearl Harbor. Jean age 17 and Dalton age 21 decided to get married right away rather than wait for three years for him to get back from his enlistment. They were married December 26, 1942 in Logan, Utah where Dalton was attending radar school for the military. As the couple grew together, their family did too. First Sharon was born, then Larry. Jean was always afraid that when she died she would either never see her parents and family again or she would not recognize them. Then the missionaries from The Church of Jesus Christ of Latter-day Saints knocked on their door and told her about being sealed to her family for eternity. She immediately wanted to join The Church. She, Dalton, and Sharon were baptized, and then Kenny was born just before they were sealed as a family in the St. George Temple. Then Keith was born shortly after that. She loved her family and they were her life. Mom always put her heart and soul into whatever calling was issued to her. She tried to be as perfect as she could. She loved to cook and sew and make quilts for all her children and grandchildren for as long as her eyes held up. When she was in her 60s, Jean decided she really should have graduated from high school, so she went back and got her GED. She encouraged everyone to get as much education as possible. She fought cancer and won. She had a stroke and came through that with very little impairment. Her best talent was talking. Funeral services will be held at 11:00 a.m., Saturday, September 22, 2018 at the Timpanogos Park 2nd Ward Chapel, 955 North 300 East, Orem, UT. Friends may call at the Berg Mortuary of Orem, 500 North State Street, Friday, September 21 from 6-8 p.m. and at the church Saturday from 9:30-10:45 a.m. prior to services. Interment, Timpanogos Memorial Gardens. Condolences may be expressed at www.bergmortuary.

The family of Imogene (Jean) Porter Talley created this Life Tributes page to make it easy to share your memories.

Send flowers to the Talley family.