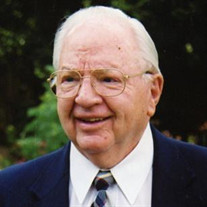 J Thoral Stringham, age 94, of Salt Lake City, UT, passed away March 20, 2017 at the Southern Utah Veterans Home in Ivins, Utah. He was born July 11, 1922 in Vernal, UT to Irving Ray Stringham Sr. and Vera O. Jacobson. He grew up helping his father in the Sheep Business. He graduated Uintah High School in 1940 and served in the U.S. Navy during WWII as an Aviator Metalsmith. He married Viola Arlene Coles on July 11, 1945 in Salt Lake City. Later the marriage was solemnized in the Salt Lake Temple. He was divorced from Viola in 1980. J Thoral served 24 ½ years as owner/operator of the Colonial Village Motel in Salt Lake City, UT. He was president of the Utah Motel Association in 1956. He was a Motel Supply salesman, a realtor, and spent ten years in Los Angeles as a maintenance Engineer, then retired to Salt Lake City, UT. He served in many positions in the LDS Church, including 7 years as a Salt Lake Temple ordinance worker, and completed temple ordinances for many souls in LDS Temples. J Thoral is survived by three children: Darlene NeRee (Larry) Hicks, St. George, UT; Alan Jaye (Connie) Stringham, Draper, UT; and Dr. William Ray (Karen) Stringham, Vienna, VA; 11 grandchildren; and 25 great-grandchildren. He was preceded in death by his parents, sisters, NeRee Stringham and Helen Caroline McCollough and brothers, Elden J. Stringham and Irving Ray Stringham Jr. His special message to his family and friends is “Keep the Lord close to your hearts!” His wealth was his Joy of a Righteous Family. Funeral services will be held at 11:00 a.m., Saturday, April 1, 2017 at the Berg Drawing Room Chapel, 185 East Center Street, Provo, Utah. Friends may call from 10-10:45 a.m. prior to services. Interment will be in the Provo City Cemetery. Condolences may be expressed at www.bergmortuary.com. In lieu of flowers, a contribution to the Perpetual Education Fund of The Church of Jesus Christ of Latter-day Saints will be appreciated.

The family of J Thoral Stringham created this Life Tributes page to make it easy to share your memories.

Send flowers to the Stringham family.