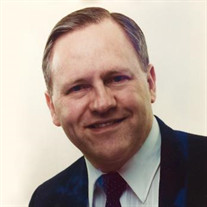 Jack Melvin Byrne was born in Rock Springs, Wyoming on July 22, 1947, the son of Jack Myrl Byrne and Iva Bernice Graham. Although many people called him “Jack”, he went by the name “Melvin” or “Mel” most of his life. Melvin lived on his Grandpa & Grandma Byrne’s ranch, where they had dairy cows and stacked hay with horses when he was young. He enjoyed fishing from the bridge and took rainbow trout home for dinner. He remembers his Dad riding down the hill on skis when he came home in the winter time. Mel later moved to Mountain View, Wyoming and became a tough wrestler at Mountain View High School taking second place in state. He played guard on a football team which were All Conference Champs and received an honorable mention. Graduating in 1965, he went on to the University of Wyoming. A severely broken leg caused by jumping off Ames monument prevented him from getting his black belt in Judo and being drafted to Vietnam. It was at UW that he gained a powerful testimony of The Church of Jesus Christ of Latter-day Saints; one that led him to serve in the Ohio Mission and in many church callings, including a much loved and appreciated home teacher, an inspired ward mission leader, Bishopric counselor, ward clerk, High Priest group leader, an influential scout master, an enthusiastic food storage advisor and a highly spiritual teacher of the self-employment class at the Church Employment Center in Provo, Utah where he helped many gain success in their startup businesses. His own greatest success was found in blessing the lives of others. He put everyone else first and when others tried to do the same for him he would always quickly reciprocate. He is remembered for his random acts of kindness and enthusiasm and for the powerful Priesthood blessings he shared with us. Mel loved to visit the Temples belonging to the Church as he traveled around the world in his work trying to visit as many as possible. After being released from his mission, Mel married Bonnee Ruth Barnard on December 18, 1970 in the Salt Lake Temple while they were attending Brigham Young University. Their love has grown deeper every year and they look forward to an eternity together. They were blessed with nine amazing children and Mel was a loving, inspired husband, father, and grandfather. He had met Bonnee in Ohio while on his mission and returned there to work for Bonnee’s parents at Vita Mix Corporation, for 27 years. He had much success demonstrating the Vita Mix at shows, eventually being over the salesmen and finally taking the position of VP of Sales and Marketing. His drive and enthusiasm helped pull the company out of financial distress and he was influential in helping Vita Mix become a household name. He traveled all over the United States and visited England, Ireland, Norway, Hawaii, the Bahamas, Japan, and Australia on business or pleasure, becoming one of Delta’s “Million Milers”. The family moved back to Utah in 1996 where Mel pursued numerous entrepreneurial endeavors until he was struck down by a stroke in 2013. He has demonstrated amazing inner strength as he has endured the trials of life with his sweetheart and family by his side. He will forever be remembered for his big smile, generous heart, and teasing ways as he allowed others to help him when he could no longer help himself or reciprocate. We as a family are deeply grateful to you all for helping him endure to the end and we know that Mel is grateful too. Thank you. Mel is survived by his wife, Bonnee Ruth Barnard Byrne; 7 of his 9 children, Amber Iva Burrahm, Esther Ruth Hoffman, Angela Elaine Hadlock, Dallan Jack Byrne, Devan Jesse Byrne, Cory William Byrne, and Cody Walter Byrne; 38 grandchildren (a few of which are unofficially adopted through second marriages), and his sisters, Eden Walling and Iva Jeannette Nuttall. Eldest son, Justin Melvin Byrne, Michael Erik Byrne (stillborn), and grandchild, Tyler Ethan Byrne, preceded him in death. We love and revere them all as well as all the spouses our children have ever loved. Funeral services will be held at 11:00 a.m., Saturday, September 21, 2019 at the Aspen 5th Ward Chapel, 828 West 1600 North, Orem, Utah. Friends may visit with the family Friday, September 20 from 6-8 p.m. at the Berg Mortuary of Orem, 500 North State Street, and at the church Saturday from 10-10:45 a.m. prior to services. Interment, Timpanogos Memorial Gardens. Condolences may be expressed at www.bergmortuary.com.

The family of Jack Melvin Byrne created this Life Tributes page to make it easy to share your memories.

Send flowers to the Byrne family.