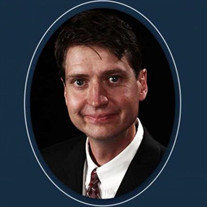 James Franklin Stoddard III&#8212;beloved father of 10 children and the founder of the Joseph Smith Foundation&#8212;passed away with faith and peace after a courageous battle with stage 4 lung cancer on the morning of September 6, 2021 in Provo,... View Obituary & Service Information

The family of James Franklin Stoddard III created this Life Tributes page to make it easy to share your memories.

Send flowers to the Stoddard family.