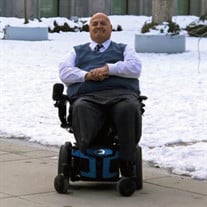 Jay David Solomon passed peacefully through the veil at his home on Wednesday afternoon, May 18, 2022. He had been a resident of Provo, Utah for the past 17 years. He was born in Portland, Multnomah, Oregon on December 3, 1946 to Charles Samuel Solomon and Etta Jane Taylor Solomon. He is brother to Norman King Solomon; five half-brothers, Rex Taylor Rowe, Wayne Glen Rowe, Niles Jay Rowe, Samuel Charles Solomon, George Solomon, Abraham Solomon; and six half-sisters, Thelma Helene Solomon, Eva Afifi Solomon, June Rose Solomon, Angeline Solomon, Rosetta LaVerne Rowe. He attended Franklin High School, played football for and studied at Portland State College and studied politics at Brigham Young University in Provo. On November 3, 1974, he joined the Air Force and served as an administration specialist for 3 years at Hill Air Force Base in Utah and 3 years at Hanscom Air Force Base in Massachusetts. After his honorable discharge he went back to BYU where he studied computers and interned at IBM in San Jose, California. He has been a faithful member of The Church of Jesus Christ of Latter-day Saints since being baptized at the age of nine. He served an honorable mission in West Germany from 1966 to1968. David married Carol Jean Hawkins on May 28, 1969 in the Salt Lake Temple in Salt Lake City, Utah. They are the parents of eight children, Rachael Kär Solomon, Jesse David Solomon, Benjamin Daniel Solomon who is married to Katrina Diane Hansen, Joseph Enoch Solomon who is married to Julie Ann Mayner, Michael Adam Solomon who is married to Hiroko Saso, Tirzah Sarai Solomon, Joshua Seth Solomon who is married to Jamie Ann Whiteley, and Ariel Jonathan Solomon who is married to Linsey Huish. David and Carol have 23 grandchildren and three great-grandchildren. He has suffered from severe health issues for many years and now is joyfully reunited with family and friends who have preceded him through the veil. His family and friends will miss him but are so very happy for his new freedom from the impediments of this mortal world. We will see him again and he will greet us with joy and rejoicing. Funeral services will be held at 10:00 a.m., Thursday, May 26, 2022 at the Parkway Stake Center, 2801 West 620 North, Provo, Utah. Friends may call from 9-9:45 a.m. prior to services. Interment, Utah Veterans Memorial Park Cemetery. Condolences may be expressed to the family at www.bergmortuary.com. Those who cannot attend in person are invited to view a live stream of the service via Zoom, https://zoom.us/j/94544810066?pwd=Z1g0bDllMVZ5SHNJZmorUkg1RUN4dz09.

Jay David Solomon passed peacefully through the veil at his home on Wednesday afternoon, May 18, 2022. He had been a resident of Provo, Utah for the past 17 years. He was born in Portland, Multnomah, Oregon on December 3, 1946 to Charles Samuel... View Obituary & Service Information

The family of Jay David Solomon created this Life Tributes page to make it easy to share your memories.

Jay David Solomon passed peacefully through the veil at his home...

Send flowers to the Solomon family.