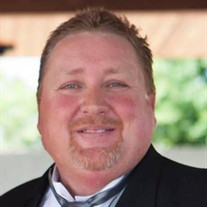 Our loving husband, father, papa, son, and friend, Jeffery Ellis Hartley, passed away peacefully on November 25, 2020, in the loving arms of his wife. Jeff was born on June 24, 1971 in Ely, Nevada to Ellis B. Hartley and JoAnne Nunley Hamblin. He grew up in Provo, Utah where he enjoyed playing in the Provo River, and riding his bicycle all over town without a care in the world. He graduated from Provo Vocational High School in 1989, and later married Ruthann D. Shaffer on June 22, 1991. Together they welcomed three beautiful daughters. They later divorced. He met and later married his soul mate and the love of his life, Monique R. Roundy on November 24, 1999. He willingly welcomed her two beautiful daughters into his arms and family. Jeff and Monique also had twin girls, and they completed the family in the most perfect way. Jeff enjoyed traveling, golfing, playing and watching sports of any kind, singing, dancing, and bringing a smile to the faces of all of those around him. He was a member of the Provo Elks Lodge for 14 years and served as the Exalted Ruler from 2018-2019. But his entire world revolved around his wife, 7 daughters, and 11 grandbabies. He is survived by his wife, Monique; daughters, K-Leigh Hartley, Kerstien (Clint) Sharkey, Marissa (Jon) Lant, Kendra (Cody) Hillery, Maneesha Kelson, Madison Hartley, and Kamree Hartley; 11 grandchildren; parents, Ellis B. Hartley and JoAnne Nunley Hamblin and three siblings, Brian (Lori) Hartley, Caralee Hartley, and Analynn (Joshua) Jenkins. Jeff was preceded in death by his stepfather, Daryl Conger and his grandparents. Funeral services will be held at 11:00 a.m., Tuesday, December 1, 2020 at the Spanish Fork 4th Ward Chapel, 353 East 400 North, Spanish Fork, Utah. The family will receive friends at the Berg Mortuary of Provo, 185 East Center Street, Monday, November 30, from 6-8:00 p.m. and at the church Tuesday from 9:30-10:45 a.m. prior to services. Interment, Moroni City Cemetery. Condolences may be expressed at www.bergmortuary.com. The mortuary is asking that guests wear masks and practice social distancing guidelines. The funeral service will be livestreamed at https://youtu.be/yVr8SVJFxMw A golden heart stopped beating, hard-working hands at rest, it broke our hearts to see you go, God only takes the best. #Trump2020 #DallasCowboys

Our loving husband, father, papa, son, and friend, Jeffery Ellis Hartley, passed away peacefully on November 25, 2020, in the loving arms of his wife. Jeff was born on June 24, 1971 in Ely, Nevada to Ellis B. Hartley and JoAnne Nunley Hamblin.... View Obituary & Service Information

The family of Jeffery Ellis Hartley created this Life Tributes page to make it easy to share your memories.

Send flowers to the Hartley family.