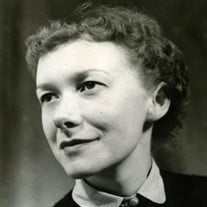 JoAnn Lindorff Carlisle, age 79, passed away on November 27, 2014. She was a sweet loving wife, mother, sister, daughter and grandmother. She is survived by her husband Al, her daughter Charlene (Stephen), and three sons: Stephen (Tina), Robert (DeeAnne) and Thomas (Colette). She has seventeen grandchildren and one great-grandchild. She was loved and admired by everyone who knew her for her sweet personality, her kindness towards all people and her service to her family, her Church and her friends. She was born on April 30, 1935 in Salt Lake City, Utah to Adolph Lindorff and Ada Barnes Lindorff. Her father’s family immigrated to America from Denmark when Adolph was a young child and they settled in Park City where employment was available in the silver mine. Her mother’s family descended from Mormon pioneer heritage. JoAnn is preceded in death by her parents, three brothers and a sister. JoAnn grew up in Salt Lake only a few blocks from the baseball stadium on 13th South. Her siblings played baseball and the family spent much of their time at ballparks. JoAnn graduated from South High School and received secretarial training at Stevens Henagar College. She served an LDS mission to England. When she returned home she began a courtship with her husband-to-be and they were married in the Salt Lake Temple on November 18, 1960. She worked as a secretary at Thiokol to help put her husband through school at Utah State University. She gave birth to her daughter Charlene in Logan. The three moved to Boulder, Montana where Al worked at the Montana State Training School. They lived on the grounds of the Training School in a house that was so small you could take cooking off the stove and put it on the table, get milk out of the refrigerator and put plates in the sink without getting up from your seat at the kitchen table. While in Boulder JoAnn taught primary and Relief Society to local members of their dependent branch. Stephen and Robert were both born in Montana. In 1965 the family moved to Provo for Al to work on his PhD at Brigham Young University. A few years later Thomas was born. When all of the children were in school, Jo Ann again went to work to help with the finances. The majority of her employment career was as a secretary at the Orem Seminary and then the Timpview Seminary from which she retired. Sewing was a favorite hobby including making baby blankets for each of her grandchildren. In the quiet times she was seen putting jigsaw puzzles together. She would sit for hours doing puzzle books or reading. She was an active person who enjoyed all the family vacations, particularly Disneyland. She loved to read and go on walks. She would often go to plays or DUP meetings or any craft party that anyone was having. One of her favorite sayings, when a trip or an outing was suggested was, “Just give me five minutes and I’ll be ready.” The central focus of her life was service to her family and the Church and she had a wonderful group of friends in the ward. When she retired from the Timpview Seminary, students gave her thank-you cards. Many of them said that had it not been for JoAnn’s help and encouragement, they would likely not have completed the Seminary program. She loved being a grandmother including making Barbie clothes for the granddaughters. Even when she physically or mentally couldn’t continue at her usual pace, she was still volunteering to help with tasks where there was a need. She loved doing dishes and she would wash them by hand rather than using the dishwasher. She loved gardening and was often seen digging out the weeds. She enjoyed cooking and she collected an enormous number of recipes. She had an entire bookshelf of recipes books. One of her favorite specialties was her huge cinnamon rolls for her family and to pass out to neighbors and others for Christmas. JoAnn did not seek glory or recognition. She did not call attention to herself. Her happiness came from activities such as greeting students with a smile as they came to seminary, and from her responsibilities in the primary and Relief Society. She loved camping in a tent at places such as Yellowstone, Capitol Reef and at Banff National Park in Canada. Undoubtedly, when she passed from this mortal sphere she first twirled around in a circle to enjoy her new freedom of movement, free from the bondage of her earthly body. Then she greeted and hugged her parents and siblings and then she likely requested permission to seek out her Danish ancestors to teach them the Gospel. JoAnn will be deeply missed by her family, friends, and the Church members she served for so many years but how wonderful is the image of the Savior putting His arms around her saying, “JoAnn, welcome home. You did good.”

JoAnn Lindorff Carlisle, age 79, passed away on November 27, 2014. She was a sweet loving wife, mother, sister, daughter and grandmother. She is survived by her husband Al, her daughter Charlene (Stephen), and three sons: Stephen (Tina), Robert... View Obituary & Service Information

The family of JoAnn Lindorff Carlisle created this Life Tributes page to make it easy to share your memories.

Send flowers to the Carlisle family.