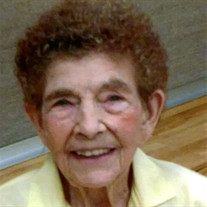 Jody Leyshon Harris was born August 13th, 1927 in Salt Lake City as the clock in the city and county building struck noon- the very same time, the same birthing facility, with the same doctor as her mother (Muzzy) Helen Clair Birrell Leyshon 25 years later on the same date. As a student at Provo High in the mid-1940’s, “Bogie” (As she was then called) was a high-scoring forward for the Geneva Steelets. Sponsored and coached by her father, the late J. Baxter Leyshon, former Provo Bureau Chief of the Salt Lake Tribune. The Steelets played in Idaho, California, Arizona and Hawaii. After winning regional, they went to Hawaii and won Nationals. She married Kenneth E. Harris, A Highway Patrolman on December 26th 1949 in Provo. The marriage was later solemnized in the SLC Temple. They were the parents of two beautiful daughters, Pamela Ruth and Shaun Lynn. Twenty years later, she was a player-coach of a group of young LDS women from the Timp Stake who won the AAU B-Division basketball championship in SLC. As wife of a highway patrolman, Jody turned her attention to pistol shooting and was a member of a winning highway patrol women’s pistol team for 18 years. During this time she won the coveted “High Aggregate” 22 pistol twice and numerous plaques. Jody also won the NRA Women’s State Championship many times and numerous master and expert-class Trophies. In 1989 she turned her competitive spirit to horseshoes. She was encouraged to join the national horseshoe pitching association. Starting in “E” class, Jody quickly worked her way up to B Class, Winning championship in each class, finishing as the second best pitcher in the “B” Class, while defending her Wahlin Memorial. But “A” Class was tough, pitted against the top men in the state. But men knew they’d been in a battle. After the senior Olympics in St. George, She retired. Turning to her favorite pastime, shooting pool at the senior center in Pleasant Grove, had given her another way to compete. Jody passed away on Monday, October 16, 2017 in her home in Lindon, after a short illness. She was preceded in death by her parents; husband, Kenneth E. Harris; and children, Pam H. Mickelson and Shaunee Harris. She is survived by her grandson, Kenny H. (Stephanie) Nelson; great-granddaughters, Tiffani (Ryan) Walsh and Jessika (Zack) Bryant; great-great-grandsons, Aiden and Elijah Walsh; nephews, Scott (Christena) Cantrell and Bryan Cantrell; great-nephews and niece, Nyckolas, Zackery and Brittany Cantrell; step-children, Dorothy Sisam and Larry (Janet) Harris; sister, Judy (Joe) Hamilton; and surrogate daughter, Elenna Reis. Excerpts taken from article written by Ray Schwartz, Herald Correspondent. Funeral services will be held at 1:00 p.m., Saturday, October 21, 2017 at the Lindon 3rd Ward Chapel, 320 West 500 North, Lindon, Utah. Friends may call from 11:30 a.m.-12:45 p.m. prior to services. Interment will follow at Pleasant Grove Cemetery. Condolences may be expressed at www.bergmortuary.com.

The family of Jody Leyshon Harris created this Life Tributes page to make it easy to share your memories.

Send flowers to the Harris family.