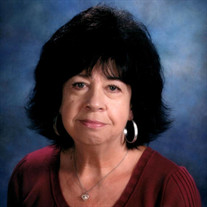 Our beloved mother, grandmother, sister, and friend, Judy Jakeman Hatch passed away after a stoic battle with cancer on August 19, 2021, at her home in Provo, Utah, surrounded by her family. On October 13, 1944, Judy was born in American Fork, Utah, to George Jakeman and Lyle Adair Jakeman. She graduated from Orem High School in 1962, and later received her cosmetology license. She worked as a hairdresser for many years and made many friends while doing so. Later in life, she worked for the Provo School District as a Paraeducator. She married Phillip J. Hatch on January 25, 1982. They were later sealed in the Provo Temple on February 4, 1983, and were inseparable until his passing on June 12, 2007. She missed him dearly and looked forward to spending eternity with him. She was an active member of The Church of Jesus Christ of Latter-day Saints. She served in many capacities throughout her life, including relief society president, primary president, and young women's president, along with many other callings where she touched many lives. She was a very compassionate person and sensitive to the needs of others. Those that were fortunate to know her were always accepted and treated with the kindness she was so eager to give. She cherished her loved ones much more than material things and always meticulously cared for what she had. Her three children, Tammy Mahoney, Kelly Lamoreux (Mike), Andrea Tippets (Chris), were her life's blessing along with 14 grandchildren, and nine great-grandchildren. When she married her eternal companion in 1982, she gained three stepchildren, Shayne Hatch (Jodie), Clark Hatch (Anna), Cara Street (Dale). She is also survived by her siblings Lynda Richmond, Lorraine Chestnut, Elaine Norton, George Les Jakeman (Jane), and her brother-in-law, Jim Hatch. She was preceded in death by her husband Phillip Hatch, parents George and Lyle Jakeman, siblings-in-law Norietta Olsen (Kent), and John Chestnut. On Wednesday, August 25, 2021, Funeral Services will be held at 11:00 a.m. in the Sunset 5th Ward Building at 1402 South 570 West, Provo, Utah. Friends may call on Tuesday, August 24, from 6-8:00 p.m. at Berg Mortuary of Provo, 185 E. Center St., and at the church Wednesday from 9:30 a.m.-10:45 a.m. before services. Interment will be at Provo City Cemetery. Those who are unable to attend are invited to view a livestream of Judy's services via Zoom at https://zoom.us/j/93164286122. Condolences may be expressed to the family at www.bergmortuary.com.

Our beloved mother, grandmother, sister, and friend, Judy Jakeman Hatch passed away after a stoic battle with cancer on August 19, 2021, at her home in Provo, Utah, surrounded by her family. On October 13, 1944, Judy was born in American Fork,... View Obituary & Service Information

The family of Judy Jakeman Hatch created this Life Tributes page to make it easy to share your memories.