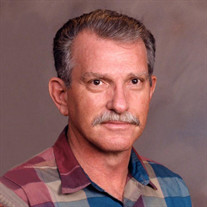 Our tender and loving father and husband, Julius J. Bernardi, age 75, of Provo, Utah, passed away February 23, 2020 and returned home to his Father in Heaven after a long and valiant battle with a prolonged illness. He was born November 3, 1944 in Provo, Utah to Jay and Mary Brown Bernardi. He grew up working with his father, mother, and sisters on the family fruit farm in the Grandview area of Provo. He attended Provo area schools and graduated from Provo High School in 1964. He loved science, math, and especially calculus which he continued to study through all his life. He was baptized a member of The Church of Jesus Christ of Latter-day Saints in May of 1973. He has an undeniable testimony of Heavenly Father, Jesus Christ, and Their great plan of happiness. He was a faithful home teacher and loved the people he served. He served in the Provo Army Reserve for 6 years. He met his sweetheart, Paula Coleman, in high school. They were married June 4, 1966. They were later sealed for eternity in the Provo Temple on October 11, 1975. He was an avid bow hunter, a champion camper, and loved the mountains, especially when his family was with him. He was also a talented traditional bow maker and he handmade many bows for himself and family members. Julius worked for Provo City Power for 35 years until his retirement in June of 2001. Julius and Paula were able to build their home on Grandview hill which he helped design and assisted in most of the construction. He is the father of six children: John (Jennifer), Jim (Yuki), Bill (Johanna), David (Christina), Angela (Spencer), and Lisa (Jon). All of which are married in the Temple. He also has 20 grandchildren. He is survived by three sisters, Barbara (William) Ward, Mary Jean (David) Powers, and Judy (Phillip) Johnson and many beloved cousins and extended family. Funeral services will be held Saturday, February 29, 2020 at 11:00 a.m., at the Grandview South 13th Ward Chapel, 1260 West 1150 North, Provo, Utah. A viewing will be held at the church Friday, February 28 from 6-8:00 p.m. and Saturday from 9:30-10:30 a.m. prior to services. Interment will be in the Provo City Cemetery. Condolences may be expressed at www.bergmortuary.com.

Our tender and loving father and husband, Julius J. Bernardi, age 75, of Provo, Utah, passed away February 23, 2020 and returned home to his Father in Heaven after a long and valiant battle with a prolonged illness. He was born November 3,... View Obituary & Service Information

The family of Julius J. Bernardi created this Life Tributes page to make it easy to share your memories.

Our tender and loving father and husband, Julius J. Bernardi,...

Send flowers to the Bernardi family.