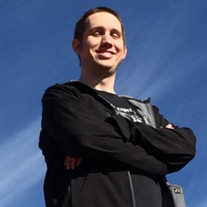 Kendall Edward Sawyer, 41, passed away Wednesday, March 24, 2021 at the Huntsman Cancer Institute in Salt Lake City due to complications from treating a rare form of acute lymphoblastic leukemia. Kendall was born into a U.S. Air Force family on August 27, 1979 in Tucson, Arizona. His father’s military assignments moved the family numerous times, and Kendall grew up in Arizona, South Carolina, Florida, Louisiana, Panama, Italy, and northern Virginia where he met his high school sweetheart and future wife, Suzanne Alford. Kendall was an active and life-long member of The Church of Jesus Christ of Latter-day Saints. After serving a full-time mission in the Romania Bucharest Mission (1999-2001), Kendall and Suzanne were married in the Washington, DC Temple on August 10, 2001 while they were both attending Brigham Young University in Provo, Utah. Kendall was so proud of their four beautiful children. He was a very involved, thoughtful, and loving husband and father, and preferred above all else spending time with his family. Kendall had a wonderful and quick-witted sense of humor. He loved reading, particularly fantasy books and all things by Brandon Sanderson. He also enjoyed building and working on computers, juggling, and was talented with learning new languages. Prior to his illness, Kendall was employed as a command center analyst at Ancestry. Kendall’s intense ordeal with cancer began in August of 2020, when on his birthday, doctors discovered that a tumor had grown out of his spine and broken his back, was compressing his spinal column, and required a risky emergency surgery. The circumstances surrounding Kendall’s condition were unusual from the beginning, and became more so when it was confirmed the tumor was actually an incredibly rare form of leukemia (with only four other known cases in the world prior to his diagnosis). The following seven months involved multiple lengthy hospitalizations, continuous chemotherapy as well as grueling courses of radiation, a bone marrow transplant from a sibling donor, and many, many other treatments. Kendall bore all of this with amazing patience and courage, even voluntarily participating in multiple studies and consenting to having his case published in medical journals and textbooks to further research on his rare condition. Kendall’s family would like to express their sincere gratitude to the numerous people who have shared this journey with them and have been so generous and supportive, including the many doctors, surgeons, specialists, nurses, and other professional staff who so willingly contributed their skills and expertise throughout Kendall’s treatments. Kendall is survived by Suzanne Alford Sawyer, his wife of nineteen years; their four children: Adriana Marie (15), Miriam Faye (13), Darren Kendall (10), and Clara Suzanne (8); his mother, Jeanne Tucker Sawyer; and his siblings: Sherise (Paul) Longhurst, Glen (Octavia) Sawyer, Brandon (Rayell) Sawyer, Pamela Sawyer, and Danielle (Anna) Sawyer. He was preceded in death by his father, Major General David A. Sawyer, USAF, and one brother, Andrew Sawyer. A public viewing will be held on Monday, March 29, 2021, at the Berg Mortuary of Provo, 185 East Center Street, Provo, Utah from 6-8:00 p.m. A second viewing will be held on Tuesday, March 30, from 9-10:00 a.m. prior to services at a Latter-day Saint Chapel in Provo. Kendall’s funeral service will be held at 10:30 a.m. Due to current restrictions with COVID, attendance at the funeral will be by invitation only. All are welcome to view the live stream of the funeral over Zoom (https://zoom.us/j/96280323987, Webinar ID: 962 8032 3987). Interment will take place at Eastlawn Memorial Hills. In lieu of flowers, the family can receive contributions at www.mealtrain.com/2yrzz8. Condolences may be expressed at www.bergmortuary.com.

The family of Kendall Edward Sawyer created this Life Tributes page to make it easy to share your memories.

Send flowers to the Sawyer family.