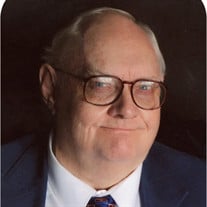 Kenneth Melvin Bluemlein, 72, died Tuesday, 16 June 2015, in Provo, Utah. He was the son of Melvin and Colleen Bluemlein, born 28 November 1942 in Saginaw, Michigan. He attended school in Saginaw, Michigan: Delta College and Bay City College. He served a mission for The Church of Jesus Christ of Latter-day Saints in the Central States Mission. He then attended Brigham Young University, in Provo, Utah, where he graduated in Business Management. He then worked for the University. He was proud to have once been offered a job at Collins Radio, but he chose to work at BYU after he graduated. He married Charlotte Sandberg on 4 August 1970 in the Salt Lake Temple of The Church of Jesus Christ of Latter-day Saints. He then earned a degree in Industrial Arts and Education from BYU. He was then recruited to work for Vincennes University in Vincennes, Ind., where he taught electronics and computer design. He earned a Master’s of Vocational Technical Education from Indiana State University. He was also involved with VICA (Vocational and Industrial Clubs of America) at the state and national levels. He loved teaching and showing young people how to improve themselves. He founded KENSCO, an internet service provider company and wrote computer design for local judicial court systems. He was proud to have a high level Ham radio license and he had a FCC First Class License with Radar Endorsement. He was very involved in Boy Scouts from an early age. He was an Eagle Scout. He attended Scout camps in his youth and later directed and coordinated Scout camps for hundreds of boys. He attended Wood Badge training and loved all things Scout. He was involved in his church and served as a stake High Counselor. He also served as a bishopric counselor. He was preceded in death by his father, Melvin. He is survived by his wife, Charlotte; six children: Ann (Josh) Herron, David, Heather (Jason) Lewis, Holly (Matt) Harker, John and Sara; mother, Colleen; two brothers, Cliff (Ann) and Mark (Sandy); sister, Sue (Dave) Diebel; six grandchildren and one due next week. His life will be celebrated at 11:00 a.m., Saturday, June 20, 2015 at the Berg Drawing Room Chapel, 185 East Center Street, Provo, Utah. Friends may call from 10:00-10:45 a.m. prior to the service. Interment will be in the Provo City Cemetery.

The family of Kenneth Melvin Bluemlein created this Life Tributes page to make it easy to share your memories.

Send flowers to the Bluemlein family.