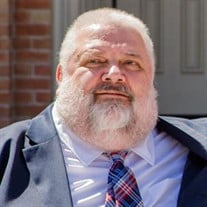 In Memory of Kenneth Alan Ralphs Sr. Kenneth Alan Ralphs Sr., of Spanish Fork, Utah, passed away at the age of 65, in the Payson Hospital. At 1:40 p.m. Thursday, March 7, 2019, he fell and became unresponsive in his home; he was rushed to the emergency room where they were unable to revive him. Kenneth was born May 4, 1953, in Provo, Utah. He was a very hard worker and often worked extra jobs to help provide for his family. He grew up working construction at his father’s company, and served a mission for The Church of Jesus Christ of Latter-day Saints in the New England States Eastern Canada Mission. Kenneth married his loving wife, Camile Call Ralphs, in the Provo Temple in 1975. He attended Brigham Young University and Utah Valley University, where he graduated with a degree in Business Management. He retired from Provo School District where he was the warehouse manager. He has been spending the last few years with family, who were the joys of his life. Kenneth found great joy in serving in many callings for The Church of Jesus Christ of Latter-day Saints; he especially loved the time he spent with the youth. Kenneth is preceded in death by his parents, Varian and Jeanne Sandstrom Ralphs, and his siblings, Carl Ralphs and Karen Ralphs Hone. He is survived by his wife of 44 years, Camile; his siblings, Ron Ralphs, Joycelyn Ralphs Demaree, and Leslie Ralphs Earp; his children and their spouses, Kenneth Jr. and Krista (Campbell) Ralphs, Natalie and Kevin Carter, Michelle and Steve Simons, Elizabeth and Jonathan Hubbs, Kristy and Andrew Fitzgerald, Michael and Maycie (Albrecht) Ralphs, Eric and soon to be Amanda (McNall) Ralphs; and 21 grandchildren. He was lovingly known as “Faja” to many. Funeral services will be held at 11:00 a.m., Friday, March 15, 2019 at the Spanish Fields 2nd Ward Chapel, 541 West Center Street, Spanish Fork, Utah. The Ralphs family will receive friends Thursday, March 14 from 6-8:00 p.m. at the Berg Mortuary of Provo, 185 East Center Street, and at the church Friday from 9:30-10:45 a.m. prior to services. Interment, Provo City Cemetery. Serving as pallbearers will be Kenneth Ralphs Jr., Michael Ralphs, Eric Ralphs, Kevin Carter, Steve Simons, Jonathan Hubbs, Andrew Fitzgerald, and Brigham Nielsen. Condolences may be expressed at www.bergmortuary.com.

The family of Kenneth Alan Ralphs Sr. created this Life Tributes page to make it easy to share your memories.

Send flowers to the Ralphs family.