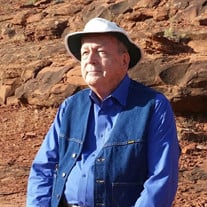 Kent Carl Bingham, 82, passed away at home on Tuesday, March 27, 2018 in Provo, Utah. Born December 15, 1935 in Ogden, Utah to Chester H. and Wanda (Dehn) Bingham. He attended Long Beach Polytechnic High School in Long Beach, California. From there he went on to U.C. Berkeley, graduating with a degree in civil engineering. Throughout his long and illustrious career, Kent headed up several high profile entertainment projects. Some notable examples of his work were chief structural engineer for the Epcot project at Walt Disney World, King Kong and Earthquake attractions for Universal Studios, as well as the sinking pirate ship for Treasure Island Hotel and Casino, the Las Vegas monorail system, and the “O” show for the Bellagio. In the early 2000’s Kent took on the challenges of developing a trolley for the Grove in West Los Angeles, as well as a prototype tram system for the San Diego Wild Animal Park. Both of these projects involved hydrogen fuel cell batteries as power sources for the conveyances. This was a critical turning point in Kent’s career; shifting his focus from entertainment projects to alternative energy sources. Despite all his previous success, Kent felt compelled to use his abilities to help diminish some of the world’s significant problems, specifically providing the world with unlimited sources of clean water, food, and energy. The last decade of his life he focused his work into Oasis Machine Technology. An innovation that he believed would shape the technological trajectory of the future. He was preceded in death by his son, Eric, and two daughters, Lizbeth and Suzanne. He is survived by his brother and sister-in-law, Gary and Judy Bingham of Riverton, UT; sister, Janice Croson of Menifee, CA; grandchildren, Nissa Rymer of Carlsbad, CA; Eric Peyton of Huntington Beach, CA; Lance Hillman of Olympia, WA; Roger Hillman of Long Beach, CA; Jared Hillman of Long Beach, CA, Casey Gray of Long Beach, CA; Tyler Gray of Los Angeles, CA; and Shana Gray of Long Beach, CA; as well as several great grandchildren; nieces and nephews; and several more great nieces and great nephews. Funeral services will be held at 11:00 a.m., Saturday, April 7, 2018 at the Berg Drawing Room Chapel, 185 E. Center Street, Provo, Utah. Family and friends may call one hour prior to services. Following the service, he will be buried in the Ogden City Cemetery. Condolences may be expressed at www.bergmortuary.com. In keeping with his spirit of generosity and good will, the family asks that In lieu of flowers, donations be made to a charitable cause of your choice.

The family of Kent Carl Bingham created this Life Tributes page to make it easy to share your memories.

Kent Carl Bingham, 82, passed away at home on Tuesday, March...

Send flowers to the Bingham family.