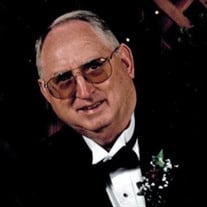 Kent Gordon Phillips, 82, of Orem, Utah, returned to his Heavenly Father surrounded by loved ones at the home he built and lived in for 44 years, on January 8, 2022. Kent was born November 4, 1939 in Provo, Utah to Joseph and Leah Phillips. During his younger years, Kent spent much time working with his father, uncle, and cousins in the plastering business. This early education in hard work and family relationships was evident throughout Kent’s life as there was never a job too big or too small, and the relationships he formed with his cousins lasted their entire lives. Kent graduated from Brigham Young High School in 1958. He lettered in football and wrestling. Kent married his sweetheart, Susan, on August 19, 1967 and they were later sealed in the Los Angeles Temple on September 17, 1974. In 1977, Kent and Susan moved back to Utah and built a house that has been their family home since that time. Kent worked many different jobs throughout their first several years of marriage and received an associate’s degree in HVAC from Utah Valley Technical College in the early 1980’s. It was not until a few years later that he learned how to perform stone masonry. After working as an apprentice for a short time, Kent started his own business. With the help of family and friends, Phillips Stone Co. took off. The same lessons about hard work Kent learned as a young man were then handed down to his sons. As a true artist, Kent won several blue ribbons in home shows over the years for his beautiful stonework. His artistry can still be seen on homes and businesses along the Wasatch Front from Logan to Elk Ridge. Kent was an active member of The Church of Jesus Christ of Latter-day Saints and held many callings over the years. His favorite, and most recent calling was as a Temple worker at the Provo, Utah Temple. He had an unwavering testimony of the church and of the Savior, Jesus Christ. Kent was always quick to help anyone in need and his kind heart touched many throughout his life. Kent’s love of family is something that will be most remembered. Camping, hunting, fishing, picnics, and sporting events were always family events. Kent’s heart was always full when he was with his family. Kent was preceded in death by his parents, Joseph and Leah Phillips; brother, Ronald (Erma) Phillips; and sister, Jennette (Norman) Whitaker. Kent is survived by his wife, Susan Phillips. Children, David Phillips, Bobbi Lynn (Brian) Christen, Kristin (Scott) Foster, Gavin (Tiana) Phillips, Brent (Miriam Phillips); 18 grandchildren and 3 great grandchildren. Funeral services will be held at 11:00 a.m., Thursday, January 13, 2022 at the Timpview 3rd Ward Chapel, 865 West 1000 North, Orem, Utah. Friends may call at the Berg Mortuary of Provo, 185 East Center Street, Wednesday, January 12, from 6-8:00 p.m. and at the church Thursday from 9:30-10:45 a.m. prior to services. Interment, Provo City Cemetery. Condolences may be expressed at www.bergmortuary.com. For those unable to attend the funeral in person, the following link may be used to watch a livestream of the services: https://zoom.us/j/99360751498?pwd=VjNvMFhJbWViTjRJb1lOWHRLcC9Sdz09. A video recording of the services can be viewed at https://drive.google.com/file/d/1lI8_h-JjJMVlptKvxczGajikzhpgU2Y6/view?usp=sharing.

Kent Gordon Phillips, 82, of Orem, Utah, returned to his Heavenly Father surrounded by loved ones at the home he built and lived in for 44 years, on January 8, 2022. Kent was born November 4, 1939 in Provo, Utah to Joseph and Leah Phillips.... View Obituary & Service Information

The family of Kent Gordon Phillips created this Life Tributes page to make it easy to share your memories.

Kent Gordon Phillips, 82, of Orem, Utah, returned to his Heavenly...