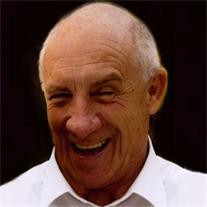 Kirt Preston Oler, age 68, passed from the challenges of this life into the arms of his departed loved ones, in a happy reunion, on Sunday, May 8, 2011 in his home in Provo, Utah. Kirt was born April 12, 1943 in Raymond, Alberta, Canada, to Donald and Mary Ellen (Young) Oler and lived near there in Stirling until, at age 12, he and his family moved to Idaho Falls. There he attended O E Bell Jr. High followed by Idaho Falls High where he was active in choir, drama, and sports. Kirt was a man of service. He was always willing to give of his time. From tilling a neighbors' garden to sandbagging during flood years, Kirt always made time for those who asked for his help. As a member of The Church of Jesus Christ of Latter-day Saints, Kirt served a mission to Mexico City, Mexico which preceded a long life of service within this church. He loved teaching and working in the Baptistry of the Provo Temple. His last calling was perhaps his most loved and rewarding. He served in a bishopric of the BYU 189th ward. His influence there over hundreds will not soon be forgotten by the many whom he loved and who's lives he touched and those who touched him. Kirt and Connie Olsen were solemnly sealed on June 21, 1963 within the Idaho Falls Temple. They met the year previous at the wedding of his brother Jan. Weeks later, July 4, 1963, Kirt joined the Air Force hoping to make it a career. His hopes were dashed while serving in Grand Forks, North Dakota, his last posting. It was here that he was diagnosed with diabetes and forced to retire. This disease would present many health challenges throughout his life which he handled with superior strength, dignity, and composure. Through his strength, his heath struggles were minimized and he lived a life decades longer than this diagnosis would offer. These qualities were aptly demonstrated over the last 3 years of his life, when brain cancer became his greatest health struggle which, accelerated the problems of his diabetes and ultimately took his life. In 1971 Kirt, his wife, and four children, moved from Idaho Falls to Provo, Utah to attend BYU. Here his remaining three children were born. His family and in particular his grandchildren ARE the highlight of his life and he strived to have an influence in each of their lives'. His grandchildren softened his heart and opened within him a capacity to love that few thought possible. He deeply loved his posterity and will no doubt be missed deeply by all. Kirt is survived by "his kingdom": his companion of 48 years; two brothers, Clair and Jan; seven children, Richard (Melanie) Oler, Orem; David (Heather) Oler, Riverton; Lori (Bill) Edens, Eagle Mountain; USAF Capt. Shane (Sonsiris) Oler, FL; Jason (Kjrsten) Oler, Orem; Garrett (Mandi) Oler, W. Jordan; Steve (Nicole) Oler, S. Jordan; and 24 grandchildren. His release was preceded by: his parents, brothers Donald, Keith, and Larry; a grandson, Brandon Lynn; and parents-in-law, Guila and Hazen Olsen. The family would like to thank the VA Medical Staff and Alpine Hospice for their dear loving care of our father. Funeral services for Kirt will be held Friday, May 13, 2011 at 12:00 p.m. at the Timpview Drive LDS Chapel, 2900 N. Timpview Dr. (650 East), Provo, UT. A viewing will be held at the Berg Mortuary, 185 E. Center, Provo, on Thursday, May 12, 2011 from 6:00-8:00 p.m. A brief graveside service and interment will take place at the Shelley Cemetery in Shelley, Idaho, on Saturday, May 14, at 2:00 p.m. Condolences may be sent through www.bergmortuary.com or [email protected]

Kirt Preston Oler, age 68, passed from the challenges of this life into the arms of his departed loved ones, in a happy reunion, on Sunday, May 8, 2011 in his home in Provo, Utah. Kirt was born April 12, 1943 in Raymond, Alberta, Canada, to... View Obituary & Service Information

The family of Kirt Oler created this Life Tributes page to make it easy to share your memories.

Kirt Preston Oler, age 68, passed from the challenges of this...

Send flowers to the Oler family.