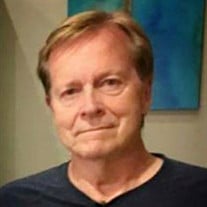 Our beloved father, husband, and grandfather, Larry L. Mortenson passed away after a courageous fight with cancer on January 12, 2021. Larry was born in Provo, Utah on April 14, 1943, to Leo S. Mortenson and Melba Barnum Mortenson. Larry grew up enjoying adventures in the Provo foothills on his tote gote that he acquired while working for the Bonham Tote Gote manufacturer in Provo, Utah. Later in high school, he enjoyed working on and fixing cars and spending time with his friends. He graduated from Provo High School in 1961 and after served in the Army National Guard of Utah from 1962 to 1969 and spoke of the stories while he was serving during the Cuban Missile Crisis. Larry also worked for Geneva Steel where he fulfilled many positions and finishing as a crane operator retiring after 25 years. After his retirement, he attended Utah Valley Community College and received an auto mechanics diploma that would further serve him in his interest in cars. Larry married Roslyn Holmes in June 1968. They had three children together and later divorced. He then courted the love of his life Terri Frank after connecting at a church dance. They married on July 1, 1988, under a tree in the yard which became their home in Pleasant Grove. Through this marriage, he also received the gift of two more children. They have been happily married for 32 years. Larry enjoyed painting, working on cars, and projects in his yard. His favorite model of car was the Chevrolet Corvette. He owned several different models throughout his life. Larry was ahead of his time when it came to fixing and engineering things. He created a misting system to cool off the family bunnies during the summer heat and even used solar to heat the swimming pool before these things were even a thing. However, Larry’s most favorite thing in the world was spending quality time with Terri, his children, and his grandchildren. He loved family BBQs, birthdays, holidays, and any chance to get together with and serve his family. He loved repairing broken items around the house, woodworking and made many furniture pieces that he provided as gifts. Even throughout his many struggles with cancer, he always remained positive and optimistic, and looking towards heaven for guidance and support. He spoke many times of gratitude he felt for the many miracles and blessings that allowed him to be with us as long as he was. He was very appreciative of the great medical care providers who helped prolong his life, provide comfort, and who went above and beyond, including Dr. Esplin at Revere Heath and the ICU Unit and staff at American Fork Hospital. In addition to his loving wife, children, brothers, and other family members, Larry is very grateful to the ward members, neighbors, and loving friends, including Bishop Dave Hardy, Jim, and Rosalie Peterson. Larry was preceded in death by his loving parents, Leo and Melba; sister, Merlene and her husband Byron; and sister, Colleen. He is survived by his wife, Terri; five children: Carey L. (Rachael) Mortenson, Michelle (Michael) Dutson, Seeli Mortenson, Jodi (Chris) Connelly and Daniel (Laura) Christopherson; 17 grandchildren, 3 great-grandchildren, and brothers: Max, Dean, and Leon and their wives. He was deeply loved and will forever be missed. We know Larry is having a joyful time with all his family and friends who have passed on before him. Funeral services will be held Wednesday, January 20, 2021, at the Berg Drawing Room Chapel, 185 East Center Street, Provo, Utah. There will be a family viewing from 9:30 to 10 a.m., public viewing from 10 to 10:45, and a funeral service at 11:00 a.m. Interment will follow at the Provo City Cemetery. A recording of the services will be available for all to view on Berg Mortuary’s website following his burial at the Provo City Cemetery. Condolences may be expressed to the family at www.bergmortuary.com.

The family of Larry L. Mortenson created this Life Tributes page to make it easy to share your memories.

Send flowers to the Mortenson family.