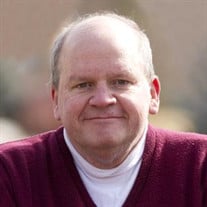 Lawrence "Larry" James Dungan was born on October 19, 1956, 3:16 a.m., at Stanford University Hospital in San Francisco, CA. His parents were Ada Margaret Edvalson and John Hershel Dungan. He was an active member of The Church of Jesus Christ of Latter-day Saints all of his life. He grew up in Pacifica California, where he was baptized, received the priesthood, held his first job, swam and wrestled for the Terra Nova High School, was the president of seminary class, and served a full-time mission to Atlanta, Georgia from 1976-1978. He went on to attend Rick’s college, graduated from BYU in Chemical Engineering and graduate studies at the University of San Francisco. He had a lifelong passion for learning. He worked as an Environmental Engineer for the United States Pollution Control, United Technologies, AMD, and Spansion. Larry was single for much of his adult life and was patiently waiting for his soul mate, which he found in Elissa (Lisa) Ann Weber. They were married for time and all eternity in the Oakland Temple on August 3rd, 2002. This new chapter of Larry’s life was filled with joy as they adopted the sibling group of Jose, Rose, and Sophie. Larry was an excellent father and devoted husband. Larry cherished his family and knew that everything in his life centered and culminated with his family. In the summer of 2011, he accepted a position at BYU managing the Chemistry Stockroom and moved his family to Mapleton, UT. He felt guided to this change, but did not understand at that point what challenges he would soon face. In the first weeks in Utah, he experienced severe difficulty breathing and after much testing was diagnosed with ALS in January of 2012, and given about 6 months to live. Larry accepted his challenges with dignity and humor and battled ALS for 3 years. He lived long enough to baptize Sophie and ordain Jose to the Aaronic Priesthood. Even after losing his mobility, Larry was a service missionary; answering emails to questions submitted to LDS.org and also providing English coaching to foreign students attending the BYU-I Pathways Program. Larry taught us all through his kind and gentle ways. Above all, we wanted to be sure that his children knew of his testimony of the gospel of Jesus Christ and his desire for them to follow the teachings of the Savior and his restored church. Funeral services will be held at 11:00 a.m., Saturday, February 7, 2015 at the Mapleton 6th Ward Chapel, 1580 North Main Street, Mapleton, Utah. Friends may call at the Berg Mortuary of Provo, 185 East Center Street, Friday, February 6 from 6-8:00 p.m. and at the church Saturday from 9:30-10:45 a.m. prior to services. Interment, Spanish Fork City Cemetery. Condolences may be sent online at www.bergmortuary.com.

Lawrence "Larry" James Dungan was born on October 19, 1956, 3:16 a.m., at Stanford University Hospital in San Francisco, CA. His parents were Ada Margaret Edvalson and John Hershel Dungan. He was an active member of The Church of Jesus Christ... View Obituary & Service Information

The family of Lawrence "Larry" James Dungan created this Life Tributes page to make it easy to share your memories.

Send flowers to the Dungan family.