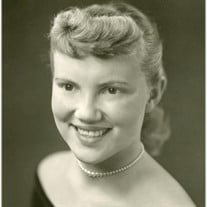 Lila Payne Kendall, loving daughter, sister, wife, mother, grandmother, and great-grandmother, passed away peacefully in her home the evening of August 1, 2021, while also celebrating her 88th birthday. Lila was born in Virden, New Mexico to Ezra Curtis and Emily Lucinda Payne, the 12th of 13 children. She tragically lost her mother in a car accident at the age of three and was raised by her stepmother, Nellie, who she admired and loved. After completing high school, she attended Central Utah Vocational School and graduated in February of 1953 with her LPN. While working at Utah Valley Hospital, she met the love of her life, Jerry Keith Kendall. They were married in the Salt Lake Temple on September 10, 1954. Together they welcomed seven children into the world. Lila was a faithful member of The Church of Jesus Christ of Latter-day Saints. She served in many different capacities, including Primary, which was one of her very favorites. She also served a mission with her husband in Des Moines, Iowa. Lila is survived by her seven children: Dean (Michelle), Deborah (Claude), Diana (Steve), Denise (Dave), Dan (Cathi), Dalene (Jeff), and Dawnell (Kevin); sister, Lora (Dale) Johnson; 23 grandchildren and 24 great-grandchildren. She was preceded in death by her husband, Jerry; parents; sisters: Vetta, Adelma, Virgie, Barbara, Ruth, Reta, and Lucinda; brothers: Ezra, Vivan, Joseph, and Harry; and grandson, Alex Cottrell. The family would like to give a special thanks to Natalie Backus for her love, compassion, and care for our mother. She was heaven sent and we love her like a sister. Funeral services will be held at 11:00 a.m., Friday, August 6, 2021, at the Berg Drawing Room Chapel, 185 East Center Street, Provo, Utah. Friends may call at the mortuary on Thursday, August 5, from 6-8:00 p.m. and Friday, from 10-10:50 a.m. prior to services. Interment will be in the Provo City Cemetery. Condolences may be expressed to the family at www.bergmortuary.com.

The family of Lila Payne Kendall created this Life Tributes page to make it easy to share your memories.

Send flowers to the Kendall family.