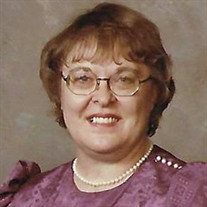 Lou Wana Marie Grundvig Parry passed away on August 19, 2019, from causes incident to being 90. She was born in Salt Lake City, Utah, on May 7, 1929 to Francis Oliver Grundvig and Ollie Marie Allsop; she was the big sister to Marilyn and Sherrie. For most of her life Sandy, Utah was home. As a child, however, the little house (a converted chicken coop) next to her maternal grandmother and aunts’ families was more of a home base; her father, a carpenter and painter, led the family for several years during the Great Depression throughout the West to take up short-lived job opportunities. The times she was able to spend with her beloved cousins were, next to the years when her own children were young, the happiest of her life. She graduated from Jordan High School in 1947 and Nurses Training at the University of Utah and the LDS Hospital in 1951. As an RN she worked at the LDS Hospital for many years, but in her early married years she also worked in small hospitals in Montpelier and Moscow, Idaho. She typically held leadership positions in Nurses Training and on the job. For the majority of her career she was the night shift charge nurse in Labor and Delivery; she worked nights so she could be with her children during the day. Also, for most of those years she was the sole breadwinner of the family. She married Robert Douglas Parry on January 19, 1951 in the Salt Lake Temple of The Church of Jesus Christ of Latter-day Saints, and was a faithful member of that church throughout her life. Robert passed away in November of 2005. They took in two little members of the Nez Perce Tribe of Idaho in 1955 and formally adopted them the next year. They then proceeded to bear six more children between 1958 and 1966. They lost the younger of the two Nez Perce girls, Kitakita Brenna, to a drunk driver in 1958, and their infant daughter, Kirsten Marie, in 1964 within hours of her candle-brief life. Lou Wana was a gifted visual and musical artist. She was a perceptive painter of landscapes (often from photos that her husband took) and studied formally with Paul Kuhne, but her masterworks were her portraits of family members. Her art won awards at the Utah State and Salt Lake County Fairs. She played the piano beautifully, but her greatest musical achievement was to perform on the mandolin the “Adagio” movement from Giovanni Hoffmann’s Concerto in D Major for Mandolin and Orchestra with the Westminster College Orchestra under the direction of Professor Kenneth Kuchler, head of the college’s Music Department and Associate Concertmaster of the Utah Symphony. She also read great books happily and intelligently. She enjoyed doing family history and genealogy, including her husband’s ancestors. She loved to be outside watching and befriending birds or sitting in her small greenhouse. She was a dedicated and knowledgeable gardener. The world and her family can ill afford to lose such a smart, generous, and unjudgmental woman. She is survived by daughters, Trae Blackeagle, Ruth Berrett (Richard), Rachel, and Rhea; sons, Gordon (Maren) and Joe (Catherine); 14 grandchildren, and 11 great-grandchildren. In addition to her husband and two daughters already mentioned, she was preceded in death by both sisters, and a great-grandchild. Funeral Services will be held at 11:00 a.m., Tuesday, August 27, 2019 at the Mount Jordan 1st Ward Chapel, 8950 South 400 East, Sandy, Utah. A visitation will be held from 9:30-10:45 a.m. prior to services. Interment, Salt Lake City Cemetery. For the full obituary and to leave condolences for the family, go to www.bergmortuary.com.

Lou Wana Marie Grundvig Parry passed away on August 19, 2019, from causes incident to being 90. She was born in Salt Lake City, Utah, on May 7, 1929 to Francis Oliver Grundvig and Ollie Marie Allsop; she was the big sister to Marilyn and Sherrie.... View Obituary & Service Information

The family of Lou Wana Marie Grundvig Parry created this Life Tributes page to make it easy to share your memories.

Send flowers to the Parry family.