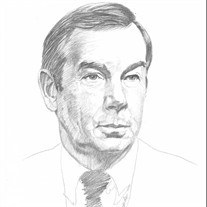 Marcus Martin Jensen, 90, of Provo, Utah, passed away at home on Saturday, November 23, 2019. He was born on May 26, 1929, to Allston Moroni Jensen and Amelia Larsen Jensen in Mantua, Utah. He was the third of four children (sisters Ora and Janice, brother Harold). His early life was spent learning the value of hard work living on a small farm during the depression years. He attended Box Elder High School and was part of the State Champion football teams in 1945 and 1946. In 1947, he enlisted in the U.S. Army. In 1949, he began his studies at USU in microbiology where he was a member of Sigma Alpha Epsilon fraternity and also served in the Student Priesthood Presidency in the LDS Institute. He graduated from USU in 1953 with a Master’s Degree in Microbiology. In 1954, he left on a 30 month LDS mission to West Germany. Upon his return in 1957, he started on a Ph.D. program in medical microbiology, at the UCLA Medical School which he completed in June 1961. He stayed on as a research associate at UCLA, until he accepted a position in the Department of Microbiology at Brigham Young University in 1969. His research at BYU soon led him back to his agrarian roots, and he started developing vaccines for the Utah turkey industry. Over the years, he developed three successful vaccines for the poultry industry that were widely used internationally. These vaccines were some of the first products developed at BYU to bring in royalties to the University, and helped in establishing the Technology Transfer Office at BYU. While at BYU he received the University Creative Research Achievement Award, the College Creative Achievement Award, and the first University Technology Transfer Annual Recognition Award. He was actively involved in national and international poultry disease organizations, which took him to many areas of the world. Dr. Jensen enjoyed teaching and wrote a textbook for introductory medical microbiology classes. In 1959, he married Margie Calhoun in Los Angeles. They had three children; Joni, Mark (Becky), and Bruce (Heather), 8 grandchildren, and 2 great grandchildren. After they divorced, he married Mary Davis Larsen in the Provo LDS Temple in 1990, and this brought three step-daughters into his family; Marthanne (Dennis) Argyle, Melinda (Steven) Paasch, and Milicent (Brian) Fogarty, 10 additional step-grandchildren, and 18 additional step-great grandchildren. Marcus was a faithful member of the LDS Church and served in many different callings, including high councils, bishoprics, and as a temple ordinance worker. He served many local missions, including a five-year service mission at the Provo Missionary Training Center and a six-year service mission at the Joseph Smith Memorial Building with his wife, Mary. Funeral services will be held on Saturday November 30, 2019 at 12:00 p.m. in the Oak Hills 9th Ward Chapel, 1960 North 1500 East Provo, Utah. A viewing will be held from 10:00 a.m. to 11:45 a.m. at the chapel immediately prior to the services. Burial in Eastlawn Memorial Hills. Condolences may be expressed at www.bergmortuary.com. We are going to miss him dearly.

Marcus Martin Jensen, 90, of Provo, Utah, passed away at home on Saturday, November 23, 2019. He was born on May 26, 1929, to Allston Moroni Jensen and Amelia Larsen Jensen in Mantua, Utah. He was the third of four children (sisters Ora and... View Obituary & Service Information

The family of Marcus Martin Jensen created this Life Tributes page to make it easy to share your memories.

Marcus Martin Jensen, 90, of Provo, Utah, passed away at home...