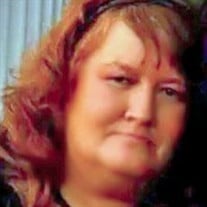 Margaret Alan Rayburn, 53, of Springville, Utah passed away suddenly Friday, December 12, 2014. Margaret was born June 30, 1961 in Provo, Utah to Darlene Prescott Boyd. They were later joined by her step-father, Allen Gene Boyd. She grew up in Provo and Heber. She graduated from Wasatch High School. After high school she did some modeling and worked as a CAN and a cook. She helped raise her brothers and sisters. While working as a CNA, she met her lifetime best friend, Tina Fazzio. As a young adult, she took Tina out of the nursing home and took on the responsibility of caring for her. They lived together until she met her ex-husband, Ben Rayburn. Doctors told her that she would not be able to have children. She proved the doctors wrong and three true miracles joined her family. Her firstborn was a daughter, Stephany, who was then followed by two sons, Mike and Gary. She was a mother figure to many and lived her life helping and taking care of people that became her family. She never had much in life but did all she could to help others. She had a funny sense of humor and laughed at others miseries (like someone tripping while going up the stairs). She was never afraid to speak her mind to anyone. Once she called her judge a moron in the middle of court. Margaret loved reading, watching movies and the history channel. She loved all of her fourteen grandkids along with the one who is on the way. She had a very special bond with her grandson, Shayde who adored her as well. They were inseparable. For the past 24 years Margaret has shared her home with her brother, Russell. They were great for each other, always helping one another. She loved all her brothers and sisters dearly and would do anything for them. Everyone has heard her say this phrase at one time or another, “I love you to the moon and back.” Margaret is survived by daughter, Stephany (Isaac) Allsop; son, Mike (Ashley Barbadillo) Rayburn; grandchildren, Shayde, Kinsley, Bryken, Phoenix, Oakley, Madisyn, Haden, Aaliyah, Summer, Alex, Joclin, McKayla, Aubree, Cienna and Serenity (on the way!); brothers, Raymond (Melanie) Boyd and Russell Boyd; sisters, Nancy (Marty) Green and Cathy (David) Cooper; and many nieces and nephews whom she loved dearly. She was preceded in death by her son, Gary Rayburn. She left too soon and will be missed terribly. She touched so many hearts and will never be forgotten. Graveside services will be held at 2:00 p.m., Thursday, December 18, 2014 at the Historic Springville Cemetery, 200 West 400 South, Springville, Utah. There will be no prior visitation. Condolences may be sent online at www.bergmortuary.com.

The family of Margaret Alan Rayburn created this Life Tributes page to make it easy to share your memories.

Send flowers to the Rayburn family.