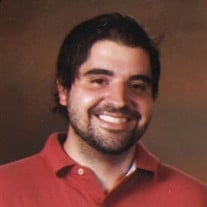 Matthew Sean Hillery, beloved son, brother, and friend passed away unexpectedly on Wednesday, July 1, 2015 at his home in Provo, Utah after a courageous and lengthy battle with depression. He was 29 years old. Matthew was born on April 7, 1986 in Provo where he lived the majority of his life. He was a graduate of Provo High School and earned a bachelor’s degree in Information Systems from the University of Utah. Matthew was employed as a Website Developer at Emergency Essentials located in Orem, Utah. Matthew is survived by his father and mother, Bruce and Terri Hillery; his eldest sister, Meghan Lang and her husband Tyson Lang; brother, Dustin and sister, Sarah; grandparents, Therese Hillery and Lona and Doyle Poole; his two nephews, Jack and Bob; and numerous aunts, uncles and cousins. He is preceded in death by his grandfathers, Donald Hillery and Billy Joe Faulkner. Matthew will be remembered as a sensitive and kind individual who was always willing to help others and accepted them for who they are. He was a lover of unique cinema, the arts and creativity. He enjoyed engaging in deep philosophical conversations with friends and family. He was quick-witted and at times absurd but always with a purpose. He had a positive impact on his friends with his humor, trust, compassion for others and incredible intellect. Matthew liked to write screenplays. He had a passion to have a screenplay produced and come to life on the screen. Matthew truly was a unique soul that will never be replaced nor forgotten. Funeral services will be held at 11:00 a.m., Thursday, July 9, 2015 at the Grandview 10th Ward Chapel, 1600 North 1880 West, Provo, Utah. Friends may call from 9:30-10:45 a.m. prior to services. Interment will be held Friday, July 10 at 1:00 p.m. in the Hurricane City Cemetery, 250 East 600 North, Hurricane, Utah. Condolences to the family may be extended to www.bergmortuary.com. (801) 373-1841 Contributions in the memory of Matthew may be made to The American Foundation for Suicide Prevention at http://www.afsp.org/ways-to-give/make-a-donation

Matthew Sean Hillery, beloved son, brother, and friend passed away unexpectedly on Wednesday, July 1, 2015 at his home in Provo, Utah after a courageous and lengthy battle with depression. He was 29 years old. Matthew was born on April 7, 1986... View Obituary & Service Information

The family of Matthew Sean Hillery created this Life Tributes page to make it easy to share your memories.

Send flowers to the Hillery family.