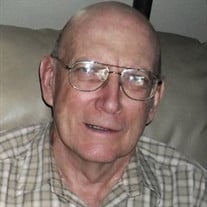 Melvin Thomas Jones, 71, passed away on Monday, December 28, 2015 at the Veterans Hospital in Salt Lake City, Utah. He was born in Huntington, Utah on July 27, 1944 on his mother’s birthday, to Louis Boulden and Bertha Mae McElprang Jones. He married Gudrun Linnea Hansson on August 26, 1972 in Provo, Utah. Together they had three children: Erik, Robert and Lisa. They later divorced. Melvin lived in Castle Dale, Utah until he was twelve years old, when his family moved to Provo. He graduated from Provo High School and later from Utah Trade Technical Institute in the field of carpentry. He served a Service Work Mission for the LDS Church, building chapels in Oregon and Washington. He was an accomplished pianist and enjoyed playing the piano throughout his life. Melvin enlisted in the Army in the mid-1970’s giving his family the opportunity of living in many places in the United States and Germany. He was last stationed in Yakima, Washington. After completing his service in the Army, he worked for Alpenlite Western Recreation Vehicles in Yakima. He moved back to Utah in 2001 and had resided in Provo and Ogden for the past fifteen years. He is survived by his three children: Erik (Lisa), Bellevue, WA; Robert (Shannon), Yakima, WA; and Lisa, Yakima, WA; grandchildren: Liam Jones, Sean Jones, Mikayla Michel, Jordyn Jones, Faith Newland and Kaden Newland; sisters, Madalyn McGarry and Corinne Pomeroy; and brother, Daryl Jones. Funeral services will be held at 12:00 noon, Monday, January 4, 2016 in the Relief Society Room at the Castle Dale Stake Center, 33 East Main Street, Castle Dale, Utah. Visitation will be from 11-11:45 a.m. prior to services. Interment will be at the Castle Dale City Cemetery. Condolences may be extended to the family at www.bergmortuary.com.

Melvin Thomas Jones, 71, passed away on Monday, December 28, 2015 at the Veterans Hospital in Salt Lake City, Utah. He was born in Huntington, Utah on July 27, 1944 on his mother&#8217;s birthday, to Louis Boulden and Bertha Mae McElprang Jones.... View Obituary & Service Information

The family of Melvin Thomas Jones created this Life Tributes page to make it easy to share your memories.