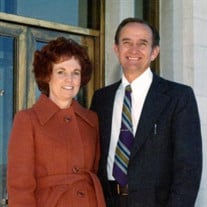 Mona Ethel Rolfe Liechty, our beautiful mother, grandmother, great-grandmother, and aunt passed away peacefully June 12, 2019 in Provo, Utah at age 90 to return to her Heavenly Father and loved ones. She was born Nov. 18, 1928 in Oakley, Summit, Utah to Charles A. Rolfe and Ethel L. Rasmussen. She was welcomed into the family as the youngest of six girls. Mona attended school in Kamas, Utah where she was involved in operettas and excelled in many areas including typing and baton twirling. Mona was a member of The Church of Jesus Christ of Latter-day Saints. She attended BYU majoring in Elementary Education while living with her sister Merle Anderson. Just as she was to begin her student teaching, she was called to serve a mission for the church in the New England States Mission. She had many wonderful experiences and this greatly strengthened her testimony in the gospel of Jesus Christ. Upon completion of her mission she accepted a kindergarten teaching position in Kamas. Here she met and married the 4th grade teacher Mr. Leslie E. Liechty. They were married June 4, 1954 in the SLC Temple. Les and Mona returned to Provo to start their lives together. Four children; John, Shem, Leslie and Ann blessed their new family. Mona was an incredible mother and teacher. She taught each of us to read before we attended Kindergarten and she expected us to be good, productive people. She had a way of impressing upon our hearts and minds truths of our Heavenly Father that we will never forget. Besides earning her teaching certificate and teaching 4 years, Mona also enjoyed working at BYU cashing checks and handling money for the Bookstore. She retired after 18 years of service. Mona and Les compiled extensive histories of their extended families which have been a great help to so many. They served a mission to the Toronto Temple and served as workers in the Provo Temple for many years. Mona is survived by her children John (Colleen) Liechty, Shem (Sharlene) Liechty, Leslie (Ron) Nuttall, Ann (Steven) Bates as well as 14 grandchildren and many great grandchildren. She was preceded in death by her husband Les and her grandson, John Levi Liechty. Funeral services will be held Monday, June 17, 2019 at 11 a.m. at the Oak Hills Hillside Chapel, 1960 N. 1500 E., Provo, UT. Friends and family are invited to a viewing Sunday evening from 6-8 p.m. at the Berg Mortuary of Provo, 185 E. Center St., and also Monday morning at the church from 9:30- 10:45 a.m. Interment will be at the Provo City Cemetery. Condolences may be expressed at www.bergmortuary.com.

Mona Ethel Rolfe Liechty, our beautiful mother, grandmother, great-grandmother, and aunt passed away peacefully June 12, 2019 in Provo, Utah at age 90 to return to her Heavenly Father and loved ones. She was born Nov. 18, 1928 in Oakley, Summit,... View Obituary & Service Information

The family of Mona Ethel Rolfe Liechty created this Life Tributes page to make it easy to share your memories.

Send flowers to the Liechty family.