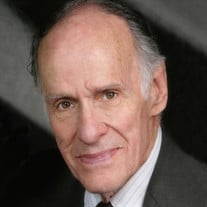 Born to relish and appreciate life, Monroe J. Paxman arrived on April 7, 1919 to William and Achsa Eggertsen Paxman in Provo, Utah. He was fourth of five siblings. As a child he raised rabbits and learned how to work with his hands. He was a bright, outgoing person who was curious and imaginative. Monroe attended Provo schools and served an LDS mission in England and, due to the onset of WWII, in the North Central States. He was part of a traveling vocal quartet in his mission. After his return, he worked at Culver Aircraft in Wichita, Kansas, to help the war effort. He received his JD from the University of Utah. Following law school he practiced law with his father-in-law, Isaac Brockbank, and was subsequently appointed juvenile court judge of the Fourth District Court, a position he held for 16 years. In 1969, he was appointed Executive Director of the National Council of Juvenile Court Judges, and the family moved to Reno. In 1972-73, he was a visiting professor at the University of Illinois Law School in Champaign-Urbana and afterward taught at BYU in the political science department until his retirement. He adored teaching and was the recipient of the Abraham O. Smoot Community Service Award. Monroe was also awarded two Fulbright grants to implement innovative judicial services in Europe. He married Shirley Brockbank Paxman in the Salt Lake Temple in 1942; together they had seven children and created a magical home environment. They nurtured people of all ages as they entertained in their homes. They worked along with other Provoans to preserve the BY Academy building (which now houses Provo Library). Known as Uncle Pax to several generations of kids at Wildwood in Provo Canyon, he invited them to float tubes on the creek, swing on his handmade swings, or walk across the creek on his rope monkey bridge. He created spaces for kids to have fun and use their own imaginations: tree houses, an attic with a soda fountain, play sets. He was a dream facilitator, happy to lend his many skills to help people achieve their dreams, whether building a boat out of scrap wood or getting into graduate school. He served as a Scout leader for many years Pax had an eye for beauty and enjoyed the arts. He grew flowers, planted trees, learned the crafts of wrought iron, stained glass, and wood carving, and built a cabin with his family. He was a wonderful storyteller. Pax and Shirley attended performances at BYU and UVU for decades and served together on the UVU Humanities Board. They loved to travel and lived in England, Germany, and Turkey, where Monroe taught with the University of Maryland's extension program. Pax was a lawyer, an electrician, a plumber, a hiker, a singer, and in his eighties he took up genealogy and watercolor painting. He compiled several books of family history. He wrote impromptu tributes at special events and was a master of gratitude and expressed appreciation. His was a life of service, positive effort, love pats, and encouragement. He had deep faith in the gospel of Jesus Christ and its power to improve and enrich lives. Preceding him in death are his wife Shirley, their daughter Mary McGee, and their grandson David Thomas. He is survived by his children John and Petrina Lee Poy-Paxman (Montreal), Carolyn and Marion Bentley (Logan), David and Kathryn Pope Hoopes Paxman (Mapleton), Nancy and Peter Thomas (Sun Valley), Annette and Scott Bowen (Seattle) and Susie and David Hatch (Seattle), as well as many grandchildren and great grandchildren. Funeral services will be held at 12:30 p.m., Saturday, September 30, 2017 at Academy Square (Provo Library), 550 N. University Ave., Provo, Utah. Friends may call at the LDS Chapel at 502 East 200 North, Provo, Utah, Friday, September 29 from 7-9:00 p.m. and at the library Saturday from 10:30 a.m.-12:15 p.m. prior to services. In lieu of flowers, donations may be made to the UVU Monroe and Shirley Paxman Scholarship at http://give.supportuvu.org/paxman. Condolences may be expressed to the family at www.bergmortuary.com.

Born to relish and appreciate life, Monroe J. Paxman arrived on April 7, 1919 to William and Achsa Eggertsen Paxman in Provo, Utah. He was fourth of five siblings. As a child he raised rabbits and learned how to work with his hands. He was... View Obituary & Service Information

The family of Monroe J. Paxman created this Life Tributes page to make it easy to share your memories.

Send flowers to the Paxman family.