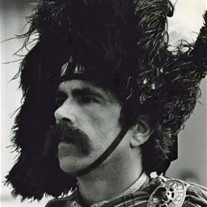 Monte Edward Morgan August 14th 1948 – September 21st 2016 Surrounded by family and with the love of his life at his side, Monte Edward Morgan left one home for another. The only child to Edward and Bess Morgan, Monte quickly proved that he was one to live life on his own terms. It was likely around the time he came home with an arrow in his chest after playing with friends that his parents knew that their little boy would be the subject of a great many stories, but they probably didn't know that to many people he would become larger than life. After serving in the Army and being released in 1968, Monte pursued an interest in radio that would eventually, with the help of a Clint Eastwood film, lead to him finding the love of his life, Marilyn. From a small ceremony on, these two were rarely without each other. Heading from Utah to England and back again they laid a foundation of love that encompassed so many people and his family grew. Later he would take over as Owner/Operator of Electric Motor Service from his father, making sure that the world -or at least the motors that make our world go- would keep on spinning. He was also a proud member of the Elks, Inland Roadsters, RSP Racing, The Thomas Cordner Memorial Pipe band, The Salt Lake Scots, and so many more than can be counted here. With a lifelong interest in fast cars and drag racing, Monte was pulled by luck or happenstance into the Strasburg Racing crew. His love of top fuel drag racing and deep appreciation for the guys behind the scenes pushed him to be a volunteer crew member until the team disbanded. Some of his favorite smells are associated with the race track: Nitro and Jet Fuel. It wasn't uncommon to see him chuckle at someone getting a beak full while their eyes started to water. It was all part of the track experience. Monte is survived by his wife Marilyn, daughter Michelle (Steve) Morgan Islas, sons Michael (Julie) Morgan and Matthew Dawson, grandchildren Michael, Keeley, and Elizabeth, and to be honest, if he called you friend, you were family as well. As family you'll probably smile to know shortly before passing he did mention that at least now he wouldn't have to vote in this election cycle. As per Monte's wishes a good old-fashioned Scottish Wake will be held at the Elks lodge located at 1000 S. University Ave, Provo, UT 84601 on Wednesday September 28th from 4 p.m. 'til they kick us out. Casual wear is required, Scottish attire is requested. In lieu of flowers the family would like you to raise a glass with a friend or to find a new friend and do the same. It's what he would want.

Monte Edward Morgan August 14th 1948 &#8211; September 21st 2016 Surrounded by family and with the love of his life at his side, Monte Edward Morgan left one home for another. The only child to Edward and Bess Morgan, Monte quickly proved... View Obituary & Service Information

The family of Monte Edward Morgan created this Life Tributes page to make it easy to share your memories.