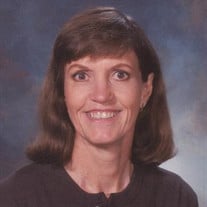 Monya Gay Austin Adamson returned to her heavenly father Tuesday Oct. 1, 2019 at the American Fork Hospital. She was born the youngest daughter of Harold and Melba Riser Austin on August 14, 1939, in Salt Lake City, Utah. She grew up in Provo where she attended Joaquin Elementary, Farrer Jr High and graduated from Provo High School. After graduation she expressed an interest in becoming an airline stewardess and completed the courses and graduated but never applied for a position. Instead she took a job with First Security bank as a teller where she met the love of her life, David Fred Adamson. They were married on October 10, 1963. Monya was a member of The Church of Jesus Christ of Latter-day Saints and enjoyed serving in many ways. She held several callings in the relief society, primary, and served others through visiting teaching assignments. She valued temple work, and enjoyed performing work for the dead and endowments as often as possible. She always prayed and tried to do her best to live a worthy life to return to her Heavenly Father. Through the years, Monya loved music and singing with friends and family. She sang in trios, quartets and duets with sister Lindalie and other friends. She learned to play the Spanish guitar, ukulele, piano, banjo, cello and viola. In addition to music, she was an avid BYU sports fan and loved watching the cougars play football, basketball, volleyball, and many other sports. She attended sporting events as often as she could. After her health no longer permitted attending in person she made great efforts to enjoy the events on television. Monya was a beloved housewife and wonderful mother. She found a great deal of satisfaction as a stay at home mom and raising their five children. She found immense enjoyment spending time with her family and taking trips to the family cabin near Strawberry Reservoir. She loved being with David and they traveled together to various shooting competitions, both becoming very good at the sport. They regularly placed high in competitions and took home many trophies. Monya’s heart was broken when David passed away from cancer in 1989. She found relief from her grief by working as a bus aid with special needs kids from Alpine School District. She loved working with the kids and the kids loved her, which gave her life purpose. Monya also found joy in crocheting. She spent countless hours crocheting afghans for her children and making hundreds of hats for charity. Many of the hats were donated to the Humanitarian Aid department of the LDS Church. She felt a great love for animals. While growing up she had many pets including a parrot named Pancho and several cats and dogs. Later in life she adopted a cocker spaniel named Maggie who became the 2nd love of her life. She would often say “Maggie’s only fat because I spoil her too much with people food to make her happy”. Monya found joy in making her family, friends and animals feel loved and happy. She was preceded in death by her parents, Harold & Melba Austin, her sister, Mryle Davidson, and her husband, David Fred Adamson. She is survived by her five children, Angela Neivert (Antonello Ximenes), Austin Fredrick (Jane), Dyana Monya Adamson (Melissa Snyder), David Evan (McCall), and Jason Scott (Angie), her sister Lindalie Bensen, and 15 grandchildren. Graveside services will be held at 12:00 noon, Thursday, October 10, 2019 at the Provo City Cemetery, 610 South State Street, Provo, Utah. Friends may visit with the family at the Berg Mortuary of Provo, 185 East Center Street, Wednesday, October 9, from 6-8:00 p.m. and Thursday from 10:30-11:45 a.m. prior to services at the cemetery. Condolences may be expressed to the family at www.bergmortuary.com.

Monya Gay Austin Adamson returned to her heavenly father Tuesday Oct. 1, 2019 at the American Fork Hospital. She was born the youngest daughter of Harold and Melba Riser Austin on August 14, 1939, in Salt Lake City, Utah. She grew up in Provo... View Obituary & Service Information

The family of Monya Gay Austin Adamson created this Life Tributes page to make it easy to share your memories.

Send flowers to the Adamson family.