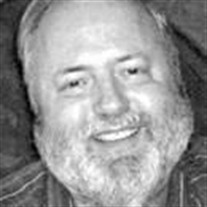 Brian Ned Taylor Ashby passed away on October 8th, 2017 in Houston, Texas. He was born in Provo, UT on July 18th, 1944 to Nadine Taylor Ashby and Robert Ashby. After attending B.Y. High, Ned went on to graduate from BYU with summa cum laude honors and to finish as one of two Utah finalists for a Rhodes scholarship. While at BYU, he enjoyed positions as a part-time radio disk jockey, talk show host, and intern for a Utah Congressman in Washington, DC. Ned always valued education and further pursued his own by obtaining a master's degree from Stanford and his J.D. from Yale Law School. After passing the California bar, he went on to practice law in San Francisco before moving to what he would describe as more hospitable weather in Orange County. While working there, he was president of the Orange County Young Lawyers and North Orange County Computer Club. In 1979, he opened his own law firm, where he continued to practice until his passing. Beyond his educational and professional accomplishments, Ned was a joy to those who knew him and a loving father. He is survived by his son James WT Ashby. Memorial Services will be held at 12:00 noon, Saturday, December 2, 2017 in the Berg Mortuary East Room, 185 East Center Street, Provo, Utah. Interment will follow in the Provo City Cemetery, 610 S. State Street, Provo, Utah. Condolences may be expressed at www.bergmortuary.com.

The family of Ned Ashby created this Life Tributes page to make it easy to share your memories.

Send flowers to the Ashby family.