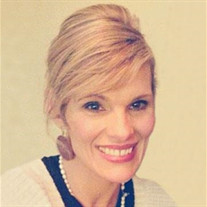 Nikki was born August 13, 1974 in Provo, UT to Kathleen Steed Coletti and Daniel Coletti. She disappeared on October 24, 2015 while walking in her neighborhood. Her body was found on Wednesday, March 2, 2016 by a local homeowner. Nikki spent her early years in California near the beach, where she played often with her mother and siblings. Her family returned to Provo where she lived the rest of her life. She was married to Tim Hannig with whom she had two children (Dylan, Brooklyn) prior to their divorce. On December 28, 2002 she married Kevin Harris with whom she had three children. She adored being a mother and felt her children gave her life purpose and joy. She suffered many setbacks during her time on earth, but met them with a determination to survive. Nikki was known for her loving and caring personality, her bright demeanor, her beauty and her artistry. She was like her grandmother in that she was always singing or humming, all the while being unaware that she was doing it. Nikki also wrote her own humorous lyrics. Her favorite outdoor activity was to sit quietly and watch the sun go down. She was also very athletic. She was a hiker, a runner and taught yoga. She finished two marathons and some 1\2 marathons. She worked as a model and later, as a makeup artist. Nikki was also the manager of Great Harvest in Provo. She was a member of the LDS church and loved by many in her ward. She is survived by her parents; husband, Kevin, five children: Dylan Hannig (Lacey), Brooklyn Hannig (currently serving an LDS mission), Saige , Jolee , and Remington; two grandchildren: Ayden and Ethan; three siblings: Joy Gonzales, her twin Micah Coletti, and Amos Coletti. Nicole, we wish you eternities of dancing amongst your beloved sunflowers with those you loved and who have gone on before you. Nikki’s life will be celebrated at a funeral service to be held at 11:00 a.m., Saturday, March 12, 2016 at the Edgemont Summit Ward Chapel, 4200 North Foothill Drive, Provo, Utah. Friends may call at the Berg Mortuary of Provo, 185 East Center Street, Friday, March 11, from 6-8:00 p.m. and at the church Saturday from 9:30-10:45 a.m. prior to services. Interment will be at East Lawn Memorial Hills Cemetery, Provo, UT. In lieu of flowers, please consider a donation to LDS Family Services. Condolences may be expressed to the family at www.bergmortuary.com.

Nikki was born August 13, 1974 in Provo, UT to Kathleen Steed Coletti and Daniel Coletti. She disappeared on October 24, 2015 while walking in her neighborhood. Her body was found on Wednesday, March 2, 2016 by a local homeowner. Nikki spent... View Obituary & Service Information

The family of Nicole "Nikki" Maria Coletti Harris created this Life Tributes page to make it easy to share your memories.

Send flowers to the Harris family.