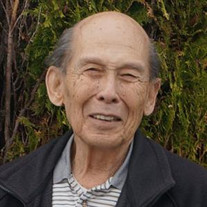 Philip Camphuisen was born December 19, 1923 to Eduard Camphuisen and Dorothea Baay Camphuisen in Java, Indonesia. During his childhood, Phil “Flip” would roller skate around the marble floors of the family home with his brothers, ride his favorite horse and once shot a tiger with his older brother. When it came time to haul the tiger back into town the two brothers got a big kick out of placing the tiger so it looked like it was “riding” in the backseat of the convertible. Phil put his skills to use as a driver and master mechanic for the motorpol in Java during the early days of World War II. Phil (at 17 years old) fought for Holland and the Allies in World War II and traveled everywhere from the beaches of Monte Carlo to Thailand were he saw the bridge being constructed over the River Kwai. During the Indonesian occupation Phil, his father, and his brothers bravely fought for their independence and their sugar plantation but were later exiled to Holland. Phil survived being taken as a prisoner of war by helping his fellow prisoners steal bags of rice (with the assistance of an elephant) and by maintaining his perpetually easygoing attitude and tough as nails spirit. After the war, Phil was a tour bus driver and guide and traveled throughout Europe. He spoke several Indonesian dialects, French, Japanese, Dutch, English and German. Phil then immigrated to the United States where he married Louise Bos in 1955. They lived in California before settling down in Utah. They have two children, Edward Roy and Wendy Jacqueline. Phil worked as a mechanic for many years and eventually owned his own shop in Provo and in Orem. When Phil retired he continued to repair cars (including his beloved BMWs, Mercedes and Porsches), ride motorcycles, travel, photography and raise dogs. Phil passed away at home being cared for by his wife, Roy, Lisa and Wendy on January 8, 2016. Phil was always willing to help others and his big laugh, amazing stories and accent will be greatly missed. Survived by his wife Louise Bos of Provo, children Roy (Lisa) Camphuisen, Provo, UT; Wendy (Paul) Bradford, Spanish Fork, UT; grandchildren Andrea, Eric, Carolyn and Peter Bradford and Annika Camphuisen; and one great-granddaughter Gemma. Phil was preceded in death by his parents and brothers Eduard, Eric and George. You can be sure that Flip is now happily roller skating or riding motorcycles with his brothers or getting into some other kind of mischief. Graveside services will be held on Monday, January 11, 2016 at 2:00 p.m. in the Provo City Cemetery, 610 South State Street, Provo, Utah. Friends and family are invited to meet at the cemetery. Condolences may be extended to the family at www.bergmortuary.com.

Philip Camphuisen was born December 19, 1923 to Eduard Camphuisen and Dorothea Baay Camphuisen in Java, Indonesia. During his childhood, Phil &#8220;Flip&#8221; would roller skate around the marble floors of the family home with his brothers,... View Obituary & Service Information

The family of Philip Camphuisen created this Life Tributes page to make it easy to share your memories.

Send flowers to the Camphuisen family.