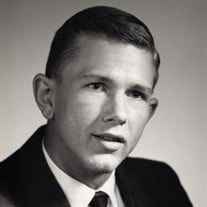 Phillip Keith Anderson was born April 1, 1944 in Payson, Utah to Keith Phillips and Mary Eleanor Davis Anderson. He passed away on March 7, 2020. He was married to Lillian Lee in the Salt lake Temple on June 1, 1966. She was the love of his life and his sweetheart from a young age. Together they had five children: Anthony Phillip (Steffanie), Martin Lee (Anne), Heather Densley (Steven), Megan Merry and Amara Doxey (Connor), followed by 16 grandchildren, and 2 great-grandchildren. His family was always the most important thing to Phil. Phil connected to those around him in a powerful way through music. He was called to serve a mission for the LDS church in Northern Argentina in 1963. Phil was a proselyting missionary for a time, but became the lead singer, guitarist, and band leader for “The Mormon Boys,” the largest ever all missionary showband for the Church. They preached the gospel with music, traveling over 10,000 miles and preforming for schools, hospitals, prisons, charitable organizations, radio and TV and even a leper colony. Phil served two more full-time Spanish speaking missions with his wife Lil in New Orleans and Provo, Utah. He always used music to teach the gospel. Phil graduated from BYU in 1968 with a B.S. degree in Zoology. He worked for 30 years for UpJohn in pharmaceutical sales, hospital sales and upper management. He won several awards for his outstanding work there. He was an active member of The Church of Jesus Christ of Latter-day Saints, and served in the Church in various capacities including bishoprics, as a bishop in a campus ward at BYU, a branch presidency at the MTC and an extended time as a Young Men's president. If you asked Phil what he enjoyed most in his church service, it was working with the youth. Phil leaves behind a loving wife and children, grandchildren, and two brothers, Douglas (Loretta) Anderson, and Brian (Barbara) Anderson. He will be dearly missed. He was preceded in death by one granddaughter, Nora Doxey. The family expresses our grateful thanks to the staff at Pointe Meadow Care Center and Canyon Hospice for the kind, tender care given. Funeral services will be held at 11:00 a.m., Friday, March 13, 2020 at the Grandview South Stake Center, 1122 Grand Avenue, Provo, Utah. Visitations will be held at the Berg Mortuary of Provo, 185 East Center Street, Thursday, March 12 from 6-8:00 p.m. and at the church Friday from 9:30-10:45 a.m. prior to services. Interment will be in Eastlawn Memorial Hills. Condolences may be expressed to the family at www.bergmortuary.com.

Phillip Keith Anderson was born April 1, 1944 in Payson, Utah to Keith Phillips and Mary Eleanor Davis Anderson. He passed away on March 7, 2020. He was married to Lillian Lee in the Salt lake Temple on June 1, 1966. She was the love of his... View Obituary & Service Information

The family of Phillip Keith Anderson created this Life Tributes page to make it easy to share your memories.