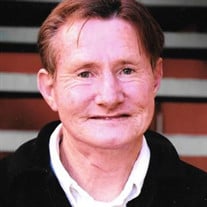 Randy L Moore, beloved father, grandfather, brother, uncle and friend returned to his loving Heavenly Father July 8, 2014. He was born December 6, 1949 to Alonzo Edward Moore and Rettie Merzella White in Spanish Fork, UT. He was a member of The Church of Jesus Christ of Latter-day Saints. He served honorably in The U.S. Navy during the Vietnam War. He worked as a Cabinetmaker and for Provo City Parks and Recreation. He attended Provo High School and graduated with an associate’s degree from Utah Valley Technical College in Orem, UT. He enjoyed spending time outdoors, as well as time with his grandchildren. He loved to read and write poetry. He also had a love for playing his guitar which he was quite good at. He is survived by his two children Melissa (Allan) Keith, Mandi (Thomas) Billington, sister Gay Alrae (Jerry) Johnson, brothers Mitch (Joanne) Curtis, and Ervan Sherl (Tina) Bevard, and seven grandchildren Kiana, Kameron, Kenzie, Kody, Kaden, Kailey, and Rylan, also many nieces and nephews. He was preceded in death by his parents, sister Connie, brother James, son McGavin, and daughter Ally Megan. The family would like to thank the staff at Our House Assisted Living in Provo for their kind care and services. Funeral Services will be held at 11:00 a.m., Monday, July 14, 2014 at the Berg Drawing Room Chapel, 185 East Center Street, Provo, Utah. Friends and family may call between 9:30 – 10:30 a.m. prior to the service. Interment will be at the Mt. Pleasant City Cemetery, 800 South 100 East, Mt. Pleasant, Utah immediately following the service. Condolences may be sent through his obituary at www.bergmortuary.com.

The family of Randy L Moore created this Life Tributes page to make it easy to share your memories.

Send flowers to the Moore family.