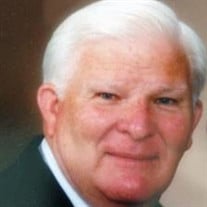 Raymond Orton Lowry, Sr., age 95, previously of Morgantown, WV, passed away September 19, 2016 in Pleasant Grove, UT. Raymond O. Lowry, Sr, passed away Monday September 19, 2016 in Pleasant Grove Utah. Ray was 95 years of age and died of causes due to his advanced age. He and Norma, his wife of nearly 75 years, have been in an assisted living home for the last 6 months. Ray was born in Roxalia, Monroe County, West Virginia June 2, 1921. He was the 8th of 10 children and grew up in rural southern West Virginia spending every minute he could outdoors. They all learned to make things, repair them or do without as so many of that time did. He was the first Eagle Scout in the southern district of West Virginia. He worked as a clerk and helper in a hardware store in Sophia West Virginia and Graduated from Woodrow Wilson High School at Beckley WV in 1939. His motto was “Never promise more than you can perform.” After High School Ray joined the Navy on October 23, 1939. He was a Gunner’s Mate, saw action in the South Pacific and served until November 1945. Early in his service he was in Pearl Harbor, assigned to a ship to rotate back to the mainland for additional schooling, and left Pearl Harbor on the evening of December 5, 1941. He served on the USS Hopkins, a mine sweeper, which was at the forefront of three major invasions in the South Pacific. The death and destruction he witnessed caused him great mental anguish particularly in his later years. Ray married Norma Rae Lowry (same last name which became a point of great discussion for his children trying to explain why their mother didn’t have another maiden name) on December 28, 1941 in San Diego California. After he left the Navy, he started working for the Pacific Telephone and Telegraph Company. The family lived in Los Angeles, Norwalk, and Santa Cruz, CA. There were four sons born to Ray and Norma during that time; Ray Jr, Dennis, Douglas, and Keith. Ray joined The Church of Jesus Christ of Latter-day Saints while living in Los Angeles and he and Norma were sealed for time and eternity on May 5, 1951 in Mesa Arizona. After 31 plus years with the telephone company, Ray retired and moved to Provo Utah in 1976 where Ray started working for the City of Provo. They continued to serve faithfully in the church and had a home large enough to house several grandchildren and friends while they attended college in the Provo area. Ray served in the Provo Temple and as Bishop of their ward. In 1996 Ray and Norma moved to Morgantown West Virginia where they lived until 2007 when they moved to Reedsville WVA. In March of 2016 they relocated to Pleasant Grove, Utah. All through their lives, they loved to travel and have been all over the country and several parts of the world, marveling at the wonders of nature and many of the man-made structures. Ray is survived by three sons Raymond Jr., Douglas, and Keith. He is predeceased by son Dennis. There are 20 Grandchildren, 53 Great Grandchildren, 1 Great- Great Grandchild at current count. Ray Sr. left a wonderful legacy of love of family and especially his wife Norma, a strong work ethic, a sense of duty to God and country, and service where ever and however one can. Graveside services will be held at 2:00 p.m., Friday, September 23, 2016 at Utah Veterans Memorial Park Cemetery, 17111 South Camp Williams Road, Bluffdale Utah. Condolences may be expressed to the family at www.bergmortuary.com.

The family of Raymond Orton Lowry Sr. created this Life Tributes page to make it easy to share your memories.

Send flowers to the Lowry family.