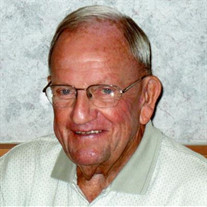 On July 25, 2016, Robert Albert Kirkpatrick passed away. Born February 3, 1930, in Provo, Utah, the son of Violet Charter Kirkpatrick and Albert Kirkpatrick. Bob began his schooling at the BYU Training School, continuing his education there, graduating from BYU High School in 1948. While in high school, he lettered in basketball and tennis, winning the State Tennis Singles title in both 1947 and 1948. He served in the U.S. Army 2nd Infantry Division during the Korean War. He was awarded the Bronze Star Medal and the Presidential Citation Medal for having been in combat at the Heartbreak Ridge Sector. He was honorably discharged with the rank of Master Sergeant. Returning to Provo, he continued his education at Brigham Young University, playing on the tennis team for four years, graduating in 1954. Bob joined his father in the insurance business. With the degree of a Charter Life Underwriter, he became a National Leader for the Equitable Life Assurance Co. for many years. In 1956, Bob married Marilyn Ross. They are the parents of two sons. Bob felt his best enjoying the sunshine, fishing and playing tennis or golf. He looked forward to his weekly time spent with his breakfast buddies. Bob was a member of the Provo Community Church. He was a charter member of the Riverside Country Club, he belonged to the Elks Lodge and the Provo Rotary Club. Survived by his wife, Marilyn, and sons, Ross of Provo and Scott of Sandy. In memory of his father, Bob requested contributions be made to Shriner’s Hospital for Children, 1275 E. Fairfax Rd., Salt Lake City, Utah 84103. A remembrance honoring Bob, followed by full Military Rites, will be held at 11:00 a.m., Tuesday, August 2, 2016 at East Lawn Memorial Hills, 4800 North 650 East, Provo, Utah. Condolences may be expressed at www.bergmortuary.com.

The family of Robert "Bob" Albert Kirkpatrick created this Life Tributes page to make it easy to share your memories.

Send flowers to the Kirkpatrick family.