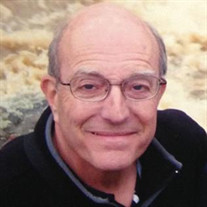 Robert Fred (Bob) Thomas, 75, of Orem, passed away Friday, February 5, 2016 at Utah Valley Hospital after a brief bout with pneumonia. He was born in Provo, Utah on March 29, 1940 to May Fitzgerald and Robert Worsley Thomas. He was a Provo High graduate, class of 1958. He served an LDS mission in Austria, 1961-63. After serving his mission he attended Utah State University, where he met and married the love of his life, Barbara Jansson (Taylorsville), in the Salt Lake Temple on September 3, 1964. Bob held a number of Church callings and served everyone he knew. He was the neighborhood handyman for many and could fix almost anything. Bob was a kind and thoughtful man who helped anyone in need, regardless of circumstance, and welcomed anyone into his home. He had a Christ-like way of finding good in everyone and serving everyone he knew, as well as many he didn’t. Bob served proudly in the US Army. After graduating with his bachelor's degree, he pursued a career in pharmaceutical sales, which he dearly loved. He was recognized many times during his 35 year career for his dedication and outstanding performance. He made many friends in his professional career, and he treasured these lifelong relationships. He had a love of all things that moved… bikes, planes, trains and automobiles. This started as a young boy when he collected model trains with his paper route earnings. As a teenager, his love progressed to fast cars (specifically in the color candy apple red) and he may or may not have participated in more than one Provo street race. In adulthood, he shared his love of airplanes with his children and grandchildren at airshows, on train rides, on airplane graveyard visits, and boating at Lake Powell. In his later years, his “race car” of choice was a Toyota Corolla with “custom” pinstripes. He loved traveling, gardening, scuba diving with family, photography…and vanilla milkshakes. Bob is survived by his wife, Barbara; sister, Jenneane Boley (Logan, Utah) and her two daughters, Nancy and Marcie. He is the proud father of 7 children; Lori (Lynn Zubeck, Delta UT), Jill (Frederick Frost, Mesa AZ), Scott (Julie Sorenson, Holladay, UT), Holley (Daniel Aldred, Mapleton UT), Melanie Bullock (Marana, AZ), Ryan, (Portland, OR), and Lindsay (LeGrand Curtis, Riverton, UT) and 21 grandchildren. He was preceded in death by his parents, son-in-law, Brent Bullock (Melanie) and dear friend, Sam. He will be remembered by his grandchildren for his secret, bottomless Oreo stash, vacation slideshows and eating sardines on the garage steps. Funeral services will be held on Friday, February 12, 2016 at 11:00 a.m. in the Canyon View Stake Center, 575 East 800 North (NORTH side of the street), Orem, Utah. Friends may call at the church on Thursday, February 11, from 6-8:00 p.m. and on Friday from 9:30-10:45 a.m. prior to services. Burial in the Orem City Cemetery. Condolences may be extended to the family at www.bergmortuary.com.

Robert Fred (Bob) Thomas, 75, of Orem, passed away Friday, February 5, 2016 at Utah Valley Hospital after a brief bout with pneumonia. He was born in Provo, Utah on March 29, 1940 to May Fitzgerald and Robert Worsley Thomas. He was a Provo... View Obituary & Service Information

The family of Robert (Bob) Fred Thomas created this Life Tributes page to make it easy to share your memories.