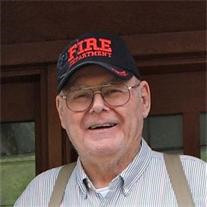 Cause of Death “Faulty manufacturing.” Bob had a lifetime of health challenges. Bob was born on January 9, 1937 in Salt Lake City to Robert Leonard Bryson and Bernice Elizabeth Condon Bryson. Bob was an only child raised by a most remarkable single mother. He attended military school in Colorado until he was in 10th grade when he returned to Provo and graduated from Brigham Young Academy (BYH) in 1955. On April 4, 1958 Bob married the love of his life, for the last 52 years, Bonnie Hoover. He would laugh and tell the story that he “only married Bonnie because he thought that her family owned the Timpanogos Golf Course”. Bonnie’s father Wendell (Tuck) Hoover was the Course Superintendent. At that time, the Hoover family lived on the golf course. (The course superintendent’s home really was on the course!!) Bob worked as a draftsman for the Church of Jesus Christ of Latter-day Saints working on many projects including several chapels and the Oakland Temple. Bob continued to draw homes as an independent draftsman for several decades, drawing the plans for dozens of homes in Utah Valley. His drafting business was his second occupation. In October of 1964, he became a Provo City Firefighter and for the next 25 years he served the citizens of Provo. Bob drove the ambulance, was a paramedic, the Provo Fire Marshall, and ended his career as a Battalion Chief. After Bob retired he enjoyed/hated golf, fished with Tuck, and continued to draw homes. Recently, he liked to listen to the comings and goings of his children and grandchildren. Life was never easy for Bob. He faced down many challenges, leaving his friends and family with lessons and memories that will last a lifetime. Bob is survived by his wife, Bonnie, his two sons and their families: Brent and Virginia Bryson (son), Elizabeth (granddaughter), Blake and Kalani Bryson (grandson), Rebeccca (granddaughter), and Barry and Julie Bryson (son) Devyn (grand daughter) Grey (grandson) Devon (granddaughter). Bob was preceded in death by his parents, Leonard and Bernice Bryson; a grandson Skyler Bryson, and his father and mother in-law, Wendell (Tuck) and Brenita (Nita) Turner Hoover. Funeral services will be held at 11:00 a.m., Saturday, January 8, 2011 at the Pleasant View 4th Ward Chapel, 2900 North 650 East, Provo, UT. Friends may call at the church from 9:30-10:45 a.m. prior to services. Interment, Provo City Cemetery. Condolences may be expressed online at www.bergmortuary.com. The family would like to thank the Provo Fire Department and all those that work in public safety for standing guard over the residents of Provo and in advance for honoring Bob with a Firefighters Funeral. Pretty sure that Bob finally got rid of that nasty reverse-pivot that he had all the years he played golf. We love you and will miss you.

Cause of Death “Faulty manufacturing.” Bob had a lifetime of health challenges. Bob was born on January 9, 1937 in Salt Lake City to Robert Leonard Bryson and Bernice Elizabeth Condon Bryson. Bob was an only child raised by a most remarkable... View Obituary & Service Information

The family of Robert Bryson created this Life Tributes page to make it easy to share your memories.

Cause of Death “Faulty manufacturing.” Bob had a lifetime of...

Send flowers to the Bryson family.