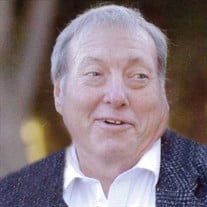 Robert Earl Orchard, 66, passed away unexpectedly on May 19, 2015, at his home in Provo, Utah. He was born April 11, 1949, in Pocatello, Idaho, the son of Dean and June Orchard. Robert was such a kind, generous, giving, and loving person. He was a jack of all trades. He did many jobs over the course of his lifetime. Two of his favorites were working in the family drug store alongside his father, Dean; and then ended at his favorite job, working for Skywest Airlines. Robert served in many callings throughout the years for The Church of Jesus Christ of Latter-day Saints. He was a single adult counselor in many different wards; while at the same time working in the temple twice a week, which would have come to a three-year conclusion at the end of August. He also worked as a service missionary on Temple Square. He has been a dedicated and tireless servant of the Lord for his entire life. Robert enjoyed CB radios and loved BYU football. He loved to dance, and also greatly enjoyed the movies. Robert is survived by his brother, Stephen Dean Orchard of San Francisco, California; sisters, Marianne Orchard of Highland, Utah, Melinda Wright of Highland, Utah, and Michelle (Ray Guy) Backlund of Missoula, Montana. He has several beloved nieces and nephews. He was preceded in death by his parents, Dean and June Orchard, and brother-in-law, George F. Wright. Funeral services will be held at 11:00 a.m., Saturday, May 23, 2015 at the Stonewood 1st Ward Chapel, 575 South 400 West, Orem, Utah. Friends may call from 9:30-10:45 a.m. prior to services. Interment will be held at 1:30 p.m., Tuesday, May 27, in the Garland City Cemetery, Garland, Utah. Condolences may be sent online at www.bergmortuary.com

Robert Earl Orchard, 66, passed away unexpectedly on May 19, 2015, at his home in Provo, Utah. He was born April 11, 1949, in Pocatello, Idaho, the son of Dean and June Orchard. Robert was such a kind, generous, giving, and loving person.... View Obituary & Service Information

The family of Robert Earl Orchard created this Life Tributes page to make it easy to share your memories.

Send flowers to the Orchard family.