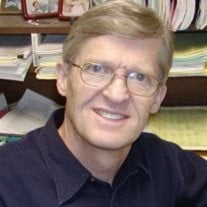 Robert (Bob) Charles Radle, age 71, passed away Friday, February 7, 2014 in Provo, Utah. Bob was born October 17, 1942 to Elmer and Helen Dolan Radle in Meriden, CT. He was preceded in death by his parents, his son Rob, and granddaughter Courtney. Bob grew up in Hartford and West Hartford, CT and graduated from Conard High School in 1961. He served as a Machinists Mate Third Class in the Navy for two years, stationed out of Newport, Rhode Island, and completed an Associate’s Degree in Computer Science. He married Nancy Jean McNeill in 1965. They are the parents of two sons, Rob and Steve, and have 10 grandchildren and 1 great-granddaughter. Bob’s career in the computer science field took him from Connecticut, to California, and eventually to Utah, where he most recently handled worldwide distribution systems for MegaDiamond, before retiring in August, 2009. He was baptized a member of The Church of Jesus Christ of Latter-day Saints in 1977 and was a dedicated and faithful member throughout his life. Bob was passionate about cars: old cars, new cars, reading about cars, driving and fixing cars. Since retiring, he was working on his lifelong dream of building a car in his garage. He will be remembered by many friends and family under the hood of a car, or exploring the auto shows and sharing his wealth of mechanical know-how with friends and family. Bob was a devoted husband, loving father and caring friend. He adored his grandchildren and enjoyed every minute spent talking, playing, building, or camping with them. They, in turn, adored Grandpa Bob. Above all, Bob was a living example of service, always putting others first, and dropping everything in a moment’s notice to lend a helping hand – whenever and wherever he could. His family will miss “the funniest man at the party” since Grandpa Bob always had the worst jokes, but the best heart. Everyone who knew Bob loved him, and we are grateful for the legacy of compassion and kindness he leaves to us. He is survived by his wife Nancy, son Steven, 9 grandchildren and 1 great-grandchild. Funeral services will be held at 11:00 a.m., Tuesday, February 11, 2014 at the Edgemont 14th Ward Chapel, 4200 N. Foothill Drive, Provo, Utah. Friends may call at the Berg Mortuary of Provo, 185 East Center Street, Monday evening from 6-8:00 p.m. and at the church Tuesday from 9:30-10:45 a.m. prior to services. Interment will follow at the Provo City Cemetery. Condolences may be sent online at www.bergmortuary.com.

Robert (Bob) Charles Radle, age 71, passed away Friday, February 7, 2014 in Provo, Utah. Bob was born October 17, 1942 to Elmer and Helen Dolan Radle in Meriden, CT. He was preceded in death by his parents, his son Rob, and granddaughter Courtney.... View Obituary & Service Information

The family of Robert Charles Radle created this Life Tributes page to make it easy to share your memories.

Send flowers to the Radle family.