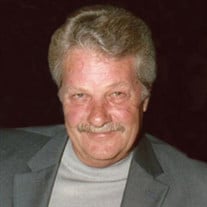 Robert Antony Winder (Tony), of Orem, Utah died October 28th, 2016 from complications of pancreatic cancer at the age of 70. He passed away in the comfort of his home, surrounded by his family. He was born in Hurricane, Utah on September 13th, 1946. He was the eldest child born to Ernest R. Winder (Bob) and Doris Winder. Tony grew up in an Air Force family. They traveled and lived all over the world including Hawaii, Las Vegas, and the Philippines. His family moved to Provo, Utah in 1963 where his father taught ROTC at BYU. Tony attended Provo High School and graduated with the class of 1964. It was during this time that he met and fell in love with the love of his life, Linda De St. Jeor. They were married September 22nd, 1964 in Evanston, Wyoming. They recently celebrated their 52nd wedding anniversary. Together they raised three sons and one daughter, James Max Winder (Jim) (Provo, UT), Wendy Lynn Winder (deceased), Mark Antony Winder (Orem, UT), and Rick Davis Winder (Orem, UT). However, in March 1999, with the passing of their only daughter Wendy, they happily adopted and raised her three children, Jessica Brooke Shumway, Savannah Lynn Winder, and Brody Utah Winder. In 1965, Tony and Linda moved from Stockton, California where Tony had taken a job for the Los Angeles Flood Control. Because of his great work, he was promoted in 1966 as the Dam Operator in San Dimas, California. During 1966-1970, the family moved again to San Gabriel Dam in San Gabriel, California. Tony’s final position for the LA County Flood Control was the Dam Operator at Cogswell Dam. In 1976 the family moved back to Utah where they still reside. During this time Tony worked for Cubco, Quintek, John Kuhni and Son’s, Jake’s Brookside, and at the time of his death, Mitchell X Construction. While at Mitchell X Construction, he enjoyed driving the water truck and made numerous friends who he dearly missed when he could no longer work. Tony’s greatest joy was spending time with his family and he devoted every minute to supporting his wife and children, including Linda’s work as well as their children’s sporting events, and extra-curricular activities. He also loved going fishing, riding four-wheelers, and hunting. Whether it was ducks, deer, or elk, he loved being with his family and enjoying time outdoors together camping in the trailer. It’s not very often that you didn’t find the Winder family anywhere else other than spending time together in the outdoors. Tony was a very private man, but under the hard façade, was a real softie who would do anything for those he cared for. Tony was a very selfless man who spent countless hours caring for his loved ones. Whether it be fixing up their car, helping with projects, or sitting down and visiting, etc. Tony was always that person you could count on. He also spent a lot of his time caring for his mother-in-law, Betty De St. Jeor (Granny), and father-in-law Max De St. Jeor (Gramps). His family will forever be grateful for his love that he shared and we know that he is going to continue watching over and protecting his loved ones. Tony is preceded in death by his daughter, Wendy, his parents Bob and Doris, and mother-in-law, Granny. We are grateful that families can be together forever, so this is not goodbye… just farewell for now. We love you Dad, rest in peace. The family requests in lieu of flowers to please donate or register for the Winder 5k at winder5k.weebly.com. Graveside Services will be held at 11:00 a.m., Wednesday, November 2, 2016 at the Orem City Cemetery, 1500 North 800 East, Orem, Utah. Condolences may be expressed at www.bergmortuary.com.

Robert Antony Winder (Tony), of Orem, Utah died October 28th, 2016 from complications of pancreatic cancer at the age of 70. He passed away in the comfort of his home, surrounded by his family. He was born in Hurricane, Utah on September 13th,... View Obituary & Service Information

The family of Robert (Tony) Antony Winder created this Life Tributes page to make it easy to share your memories.

Send flowers to the Winder family.