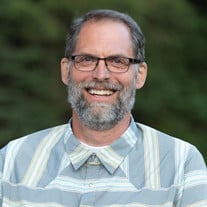 Robertson Delos Ward was a loving husband, wonderful father, tried and true friend, brilliant physician, and dedicated member of The Church of Jesus Christ of Latter-day Saints. He fought a noble battle with ALS with patience and humility,... View Obituary & Service Information

The family of Robertson Delos Ward created this Life Tributes page to make it easy to share your memories.