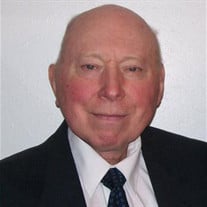 Rodney Charles Pearson, age 71, passed away at his home in Orem, Utah, Friday, November 28, 2014 after a valiant battle with cancer. He was born December 24, 1942 in Blackfoot, Idaho to Lee Ricks and Dorothy Hazel Bird Pearson, the fourth of seven children. He grew up in North Salt Lake, Utah and Farmington, New Mexico. He served a two and a half year mission for The Church of Jesus Christ of Latter-day Saints in Sweden in 1962. Rodney attended Brigham Young University where he met his Swedish sweetheart, Britt-Louise Marianne Heine. They were married in the Salt Lake Temple on May 29, 1967. They moved their family to Shiprock, New Mexico in 1970 where they operated his parents’ service stations while they served a mission for the LDS Church. They moved their family to Durango, Colorado in 1978 and moved to Orem, Utah in 1984. Throughout his life he worked as a mechanic, owned and operated a grocery store and service station, worked in various capacities with the Durango and Provo school districts, and later became a real estate agent and broker. Some of Rodney’s favorite activities included riding motorcycles, watching BYU sports, singing and listening to music, repairing things, riding his tractor, and performing silent acts of service for his family and neighbors. He served as a temple worker for over 20 years in the Provo and Mt. Timpanogos, Utah temples and loved working on his family history. Rodney was unwavering in his faith and served in various capacities in his wards, including his favorite role as a home teacher. He and his sweetheart fulfilled a life-long dream of serving a full-time mission together in the Washington D.C. North Mission from 2013-2014. Rodney’s background made him the perfect mission fleet coordinator and was lovingly known by the missionaries as “The Car Czar.” His greatest joys in this life were being with his family and serving in the temple. Rodney is survived by his sweet wife, Britt, and their children, Jody Kirk (Rachael Kiyoko) of Kirkland, WA, Brittney Ann of Orem, UT, and Breann Marie of Lehi, UT; sister, Sandra (Al) Chapman of Bloomfield, NM; two brothers, Clayne (Muriel) of St. George, UT and Robyn (Karen) of Heber, UT; and sister-in-law, Mary Lou Pearson-Newson (Larry). He is preceded in death by his parents, Lee and Dorothy; brother, Craig; sisters, Dorothy and Beverly Hon (Don – deceased); sister-in-law, Nelda; and his grandson, Andrew Vincent Lee. The family expresses heartfelt gratitude to Mason Branning for his loving care and friendship. Funeral services will be held Wednesday, December 3, 2014 at the Canyon View Stake Center (575 East 800 North, Orem) at 11:00 am. Friends may visit with the family Tuesday, December 2, 2014 from 6-8 pm at Berg Mortuary (500 North State Street, Orem) or Wednesday from 9:30-10:45 am at the stake center prior to the services. Interment will be at the Orem City Cemetery. In lieu of flowers, the family would appreciate that donations be made to the LDS Church Missionary and/or Humanitarian Funds.

Rodney Charles Pearson, age 71, passed away at his home in Orem, Utah, Friday, November 28, 2014 after a valiant battle with cancer. He was born December 24, 1942 in Blackfoot, Idaho to Lee Ricks and Dorothy Hazel Bird Pearson, the fourth of... View Obituary & Service Information

The family of Rodney Charles Pearson created this Life Tributes page to make it easy to share your memories.

Rodney Charles Pearson, age 71, passed away at his home in Orem,...