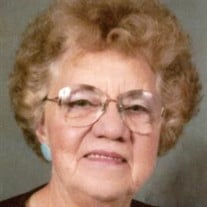 Our Mom, Romayne Phipps, passed away peacefully at home on Thursday, September 13th, 2018. She was 96 years young. She was the daughter of Russell Edwin Anderson and Minnie Lenora Gould, born August 8th, 1922 in Nephi, Utah. She was the third of seven children; the oldest being Ruby, followed by Mom's twin, Rodney. Next was a younger sister, Lorna Belle, followed by another set of twins, Ryland and Rachel. The youngest of the seven was Marian. They made their home in Cedar City where Mom attended and graduated from high school. Mom married Wayne Harris, this marriage taking them to the Midwest; where four sons were born, all in different states. Russell Lee in Cedar City, Utah, Jerry Allen in Waterloo, Iowa, Michael Lynn in DuQuoin, Illinois and Harold Eugene in Terra Haute, Indiana. In 1951 Mom became a single parent, left the plains of the mid-west and returned to her roots in Utah, finally settling in Payson. Here she raised her four sons to become men, all serving their country, three soldiers and one sailor (Jerry). Mike served a combat tour in Viet Nam, and then returned home to serve a mission for The Church of Jesus Christ of Latter-day Saints in Central America. Mom loved horses and found enjoyment being a member of the Saddlettes Riding Club in Payson, later serving twice as their President. Riding horses in the lanes and fields of Payson attracted the attention of her husband to be, Gene Phipps, a Utah Ranch foreman from Sparta, North Carolina. A proposal and a beautiful bay mare as a wedding present led to their marriage in the spring of 1966. Thirty nine years of happiness followed them from Payson, to Evanston, Wyoming, Antelope Island, Buhl, Idaho and finally to Tooele, Utah after Gene retired as the General Foreman of The Island Ranching Co. Gene Phipps left us on August 25th, 2005. Mom moved to Pleasant Grove to be closer to her sons. She was later sealed in the Mt. Timpanogos Temple to her husband Gene. Mom is preceded in death by her husband Gene and her number three son Michael. Marian, the youngest daughter is her only surviving sibling. Besides Marian, she leaves a host of children, grandchildren and great-grandchildren. Her love and sacrifice will forever remain in the hearts of her family, children, friends and all who knew her. Funeral services will be held at 11:00 a.m., Thursday, September 20, 2018 at the Berg Drawing Room Chapel, 185 East Center Street, Provo, UT. Friends may call from 9:30-10:50 a.m. prior to services. Condolences may be expressed at www.bergmortuary.com.

Our Mom, Romayne Phipps, passed away peacefully at home on Thursday, September 13th, 2018. She was 96 years young. She was the daughter of Russell Edwin Anderson and Minnie Lenora Gould, born August 8th, 1922 in Nephi, Utah. She was the third... View Obituary & Service Information

The family of Romayne Anderson Phipps created this Life Tributes page to make it easy to share your memories.

Our Mom, Romayne Phipps, passed away peacefully at home on
Thursday,...

Send flowers to the Phipps family.