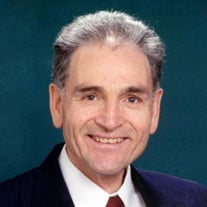 Ronald was born on July 25, 1934 in Provo, Utah, the ninth of ten children born to Josephine Turley and Adelbert Hatch. As a depression-era family, his father was often gone looking for work while his mother ran a boarding house in their home. He would often relate memories of working all the time while growing up, picking strawberries, and working for local farmers. Ron went on a mission to Texas for The Church of Jesus Christ of Latter-day Saints. On his return, he met, then married Renae Jorgensen in the Salt Lake Temple in August 1956. Ron had a great love of learning. His first degree was in Chemical Engineering, with that he went on to become one of the founding members of Memorex Corporation. Subsequently, he studied for and received his MBA, using that to be a professor of business management at BYU, where he wrote one of his own textbooks. After working in business, he attended law school at the University of Utah where he graduated in the top 10%. In between all of that, he and Renae adopted four children. Carla in 1964, Marie nine months later, Lloyd in 1967, and Russell in 1970. Ron ended up serving as an attorney and then working as an insurance agent in Moses Lake, Washington where he eventually retired. He and Renae then moved back to Utah, building their dream house close to the Provo Temple. Renae passed away in September 2011 and Ron lived on with his daughter Marie for another 10 years, passing away on October 4, 2021. Ron is survived by his four children, Carla Hatch Hughes, Marie Hatch Riker, Lloyd Lorenzo Hatch, and Russell Whitney Hatch, as well as 15 grandchildren and 17 great-grandchildren. He is also survived by one sister, Kay Davidson. Funeral services will be held at 11:00 a.m., Monday, October 11, 2021 at the Berg Drawing Room Chapel, 185 East Center Street, Provo, Utah. Friends may call from 10-10:45 a.m. prior to services. Interment, Provo City Cemetery. Condolences may be expressed to the family at www.bergmortuary.com.

Ronald was born on July 25, 1934 in Provo, Utah, the ninth of ten children born to Josephine Turley and Adelbert Hatch. As a depression-era family, his father was often gone looking for work while his mother ran a boarding house in their home.... View Obituary & Service Information

The family of Ronald Dwayne Hatch created this Life Tributes page to make it easy to share your memories.