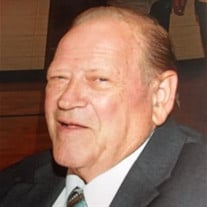 Ruben Stewart Longwell, husband, father, grandfather, great-grandfather, neighbor, and friend of Provo, Utah passed June 7, 2019. He was born on April 3, 1937 in Carlsbad, Eddy County, New Mexico, to Hugh Craig Longwell and Mary Pearl Jeffers Longwell; the youngest of 5 children. He and his siblings lived on a ranch near Alamogordo, New Mexico until he was 12 years old. His family sold the ranch because his mother wanted the children to have a good education, so they moved to Silver City, New Mexico. He attended Western High School where he participated in football, basketball, and track. He participated in scouting as well. After graduating high school in 1955 he joined The Church of Jesus Christ of Latter-day Saints and traveled to Provo, Utah to attend Brigham Young University. He left BYU to serve in the Northern California mission, for The Church of Jesus Christ of Latter-day Saints. Upon completion of his mission he returned to BYU to finish his schooling and earned a bachelor’s degree in Electrical Engineering. After teaching in the Electrical Engineering Department for a few years he left BYU to start his own business. During his career, he worked for Beehive International, Marubeni America Corporation, and Modus Media. He married Dixie Matthews on June 8, 1960, in the Salt Lake Temple. He and Dixie became the proud parents of two children, Debbie and Jeff. He loved BYU sports, spending time with his family, and studying the scriptures. His church service included BYU Bishopric, BYU 8th Stake High Councilman, Ward Clerk, Executive Secretary, Young Men’s President, Sunday school teacher, and home teacher. He is survived by his wife of 59 years, Dixie, children: Debbie (Scott) Draper and Jeffrey (Kristi) Longwell, 9 grandchildren and 10 great-grandchildren. He was preceded in death by his parents and all of his siblings. Funeral services will be held Friday, June 14, 2019, at 11am at the Church of Jesus Christ of Latter Day Saints Chapel, 1555 North 1350 West, Provo, Utah. Friends and family may visit Thursday, June 13, 2019, from 6-8 p.m. at Berg Mortuary of Provo, 185 East Center Street, and at the church Friday from 9:30-10:45 a.m. prior to services. Interment, Provo City Cemetery. Condolences may be expressed at www.bergmortuary.com. Any donations can be made to American Diabetes Association http://www.diabetes.org/.

The family of Ruben Stewart Longwell created this Life Tributes page to make it easy to share your memories.

Send flowers to the Longwell family.