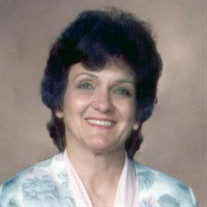 Ruth Carrol Gagne Chan, age 86, passed peacefully surrounded by some of her children and grandchildren, Sept 21, 2021. Ruth was born Oct 24,1934, in Salt Lake City, Utah, the younger of two daughters born to Albert and Dorothy Gagne. Ruth was raised in the Salt Lake Valley until she lost her mother at age nine. After this significant loss, Albert raised his girls with help from Grandma Martha Tietjen, and Dorothy's sisters and brothers in Utah County and Nevada. Ruth's father died when she was 18, and she lost her sister Gloria in 1963. Ruth married young to Earl Dillon and was blessed with 6 precious children. After 16 years, they divorced. She took a job as a waitress at the South Seas Cafe in Midvale, Utah, where she met John Chan, who fell in love with her and her six children, and became the love of her life and the hero of this family. They married in Feb 1, 1966, and together brought two more children into their family. Ruth was an active member of The Church of Jesus Christ of Latter-day Saints, which she joined at age 10 after meeting her best friend for life, Betty Hardman, who had also lost her mother the year before. Ruth always felt John was sent to her from a loving Heavenly Father, who guided him from Hong Kong to Utah, to care for and love her and her children. She often quoted this scripture about that, "...there shall none come into this land save they shall be brought by the hand of the Lord" 2 Nephi 1:6 When her youngest went to kindergarten, Ruth decided to become a nurse. She completed her GED, and attended LDS College where she graduated early and 3rd in her class. Her dream of becoming a nurse was achieved. She loved working in nursing homes and serving the elderly and those with special needs. This suited her compassionate and serving heart. However, it was short lived. John was offered an opportunity to open his own restaurant in St. George, Utah. Ruth being the supportive wife and mother, moved the remaining children at home there to start a new life. Ruth intended to help John get the business going before finding a nursing job in Southern Utah-she never returned to nursing. Side by side, she and John ran a successful business with many of their children helping out at one time or another. You never heard her complain. She loved and supported John and the children in all their endeavors, always. Ruth loved temple work. She attended the temple once a week for many years. Her testimony of The Plan of Salvation and knowledge that Families can be together forever brought her solace through many trials and tribulations throughout her life. She and her eternal sweetheart were sealed on Jun 21, 1988. Theirs was the first Chinese service performed at the St. George temple. Ruth found joy in serving in the community and church. She loved missionary work! She and John helped many serve full-time missions and also invited the missionaries to live in their home in Washington, Utah. She recalled this time of her life as some of the happiest. She touched many lives as she shared her life lessons and testimony-building experiences. Learning to play the piano was another accomplishment that fulfilled her. Her children will always remember the soothing feeling that vibrated throughout the home as she played Beethoven's Moonlight Sonata-an accomplished goal of hers. Many of her children and grandchildren have been able to carry on her love of music, sharing their talents with voice, piano and guitar. The written word was another talent Ruth possessed. On many occasions she shared this talent by writing a poem or lyrics to a song for others in gratitude, joy and many times to help them through a struggle or grieving process. She wrote books and even wrote a play with music for a Valentine's program for her church, which many still enjoy remembering. Writing was a therapy for her. It not only helped her, but many others were the beneficiary of that talent. At age 78, Ruth wrote and performed her first standup comedian routine. Ruth was a loving example of service and unconditional love to her family and all those who knew her. She strived to love and serve as Christ loved and served. She was flawed and failed, and admitted her failures and tried to make amends when she did not live up to her ideals. Her humanity, charity, resourcefulness, and sweetly undauntable spirit will live on and on in her children, grandchildren, and all the greats here today and to come. She was preceded in death by her parents and sister named above, her soul mate, John Chan, son Ken Dillon, granddaughter Jordan Rees, grandson Monte Johnston, and great-granddaughter Reesa Kammerman. Ruth is survived by daughters Laura (Jack) Johnston, Peggy (Mert) Snow, Carma (Oliver) Simonsen, and Suki Chan (Jeff) Morrey; sons Joseph Dillon, Vern (Michele) Dillon, and Jace (Julie) Chan. She has 38 grandchildren, 58 great-grandchildren, and 11 great-great-grandchildren with more on the way. Funeral services will be held at 11:00 a.m., Tuesday, September 28, 2021, at the Sunset Stake Center, 1560 South 1100 West, Provo, Utah. Friends may call from 9:30-10:45 a.m. prior to services. Graveside services will be held at 11:00 a.m., Wednesday, September 29, at the Washington City Cemetery, 300 Park View Drive, Washington, Utah. Condolences may be expressed to the family at www.bergmortuary.com.

The family of Ruth Carrol Gagne Chan created this Life Tributes page to make it easy to share your memories.

Send flowers to the Chan family.