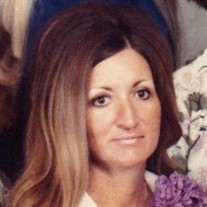 Ruth Tremayne Richan, 81, passed away peacefully in her sleep in the early hours of November 11th at her home in Orem. She was a proud mother, grandmother, and great grandmother. A movie buff, wit, and animal lover, she lived a full and fulfilling life. Tremayne was born January 12, 1933 in Provo to Raymond Buckley Richan and Ruth Louise Partridge Richan. She graduated Provo High School in 1951, where she was on the yearbook staff for two years and was a member of the Pep Club. Shortly after marrying Clark "J" Mildenhall in 1952, she moved near Fort Ord in Monterey where Clark was attending Army basic training before shipping out to Korea, at which time she returned to Utah to attend business school in Salt Lake and work for J. C. Penney's Western Accounting Division. After Clark returned home, the couple moved first to Los Angeles, then to the New York City area before settling in Sacramento where the last of 5 children was born. Over the years while raising a family, Tremayne served as a volunteer in a number of capacities. As a young mother in Los Angeles, she taught LDS Sunday School. In Westport, Connecticut, she worked with the Young Women's League. And in Sacramento, she was a Youth Crisis Line phone operator, Bluebird Girls leader, school newsletter editor, wildlife rehabilitation host, and secretary for the local Urban League. After Tremayne and Clark divorced in 1972, she eventually took a position with Allstate Insurance, where she worked for 25 years as a claims adjuster, retiring in 2001. Shortly thereafter, she returned to Utah Valley to be near family. She is survived by her brother Frederick "Pat" Richan and half-sisters Genie (Ron) Hatch and Dorothy (David) Wilhite, as well as by her 5 children, James Mildenhall, Rebecca (Spencer) Weston, Robert Mildenhall, Richard Mildenhall, and Leslie Mildenhall. She leaves behind 11 grandchildren and 14 1/2 great grandchildren. She is preceded in death by her parents. Memorial services will be held at 11:00 a.m., Monday, November 17, 2014 at the Timpview 6th Ward Chapel, 1240 North 950 West, Orem, Utah. There will be no prior visitation. Interment, Provo City Cemetery.

Ruth Tremayne Richan, 81, passed away peacefully in her sleep in the early hours of November 11th at her home in Orem. She was a proud mother, grandmother, and great grandmother. A movie buff, wit, and animal lover, she lived a full and fulfilling... View Obituary & Service Information

The family of Ruth Tremayne Richan created this Life Tributes page to make it easy to share your memories.

Ruth Tremayne Richan, 81, passed away peacefully in her sleep...

Send flowers to the Richan family.