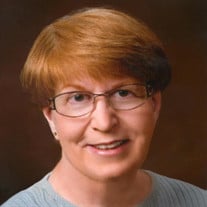 Sheila McGuinness McDonald was called home to her Heavenly Parents on Thursday, January 6, 2022. Sheila was a valiant and faithful daughter of Heavenly Parents, and was truly an angel sent from heaven to be the loving red haired daughter of Herchel Pat McGuinness and Una Bench McGuinness on July 23, 1946 in Salt Lake City, Utah. She was preceded in death by half-sisters: Roberette Jane and Charlotte Esther McGinnis. She has two sisters: Pamela McGuinness Qureshi and Valerie McGuinness Roberts both living. Sheila grew up on the Westside of Salt Lake City attending local schools: she attended Jackson and Onequa Elementary, Jackson Jr. High and graduated from West High in 1964. While attending West High, she was involved in the Future Teachers of America (FTA). She was the state secretary for that organization her senior year. On October 27, 1964, she married her high school sweetheart, Ronald Craig McDonald, in the Salt Lake Temple. Together they were blessed with four children, two boys and two girls: Jeffrey Aaron McDonald (his wife Kathleen), Adam Troy McDonald (his wife Pamela), Ronda Scarlette (McDonald) Orme (her husband Karl), and Marcy Anne (McDonald) Brown (her husband David). Together these children blessed their parents with seventeen grandchildren and three great-grandchildren with a fourth on the way. Sheila faithfully moved about the country while following her husband’s Navy career which included living in North Dakota, Minnesota, California, Washington D.C., and Rhode Island, before returning to Utah after her husband’s retirement from the Navy. She enjoyed the moves and the opportunity to see and do new things, as well as meeting and making new friends. She was a devoted member of The Church of Jesus Christ of Latter-day Saints, which she loved; she served in various callings including Primary, Young Women’s, and Relief Society. She was a talented crafter, as well as a collector. Having collections of porcelain fairy dolls, 2002 Winter Olympic pins and memorabilia to name a couple. Sheila is survived by her husband of 57 years, her four children, her grand and great grandchildren, and her two sisters. Funeral services will be held at 11:00, Friday, January 14, 2022 at the Canyon View 2nd Ward Chapel, 1090 North 400 East, Orem, Utah. Friends may call at the Berg Mortuary of Provo, 185 East Center Street, Thursday, January 13, from 6-8:00 p.m. and at the church Friday, from 10-10:45 a.m. prior to services. Her Interment will be in Timpanogos Memorial Gardens (1000 North 400 East in Orem, Utah). Condolences may be expressed at www.bergmortuary.com.

Sheila McGuinness McDonald was called home to her Heavenly Parents on Thursday, January 6, 2022. Sheila was a valiant and faithful daughter of Heavenly Parents, and was truly an angel sent from heaven to be the loving red haired daughter of... View Obituary & Service Information

The family of Sheila McGuinness McDonald created this Life Tributes page to make it easy to share your memories.

Sheila McGuinness McDonald was called home to her Heavenly Parents...

Send flowers to the McDonald family.