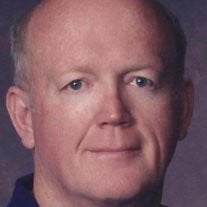 Stanley Jay Carter was called home to Heavenly Father just before 1:00 PM on Friday, November 8th. He slipped away peacefully in his home surrounded by family after a long struggle with multiple health complications. Born on October 13, 1945 to Ray and Helen Pyne Carter. He lived in Orem and graduated from Orem High. He married his High School sweetheart , Susan Bunnell on July 28, 1967 in the Manti Temple. Stan attended BYU and graduated from the University of Utah with a degree in Physical Therapy. He practiced Physical Therapy in Las Vegas for 30 years. He loved golfing, taking road trips with his family, the cabin on Cedar Mountain, snowmobiling and 4-wheeling. Stan was an Eagle Scout and participated in scouting his entire life. He was a member of the Eagle Board of Review for the Boulder Dam Area Council. He loved music and participated in many choirs throughout his life including the Desert Chorale in Las Vegas. He shared this talent with many people. He was a faithful member of The Church of Jesus Christ of Latter-day Saints his entire life. He served in countless callings and always did so with love. Stan was called to (2) missions for the church. The first in 1965 where he served in the East Central States Mission and later in 2001 when he served in the Rochester, New York Mission with his wife and led visitors through the church history sites. He always stated that he would love to do that the rest of his life. He is survived by his wife, Susan, of 47 years, his son David (Angie), and his daughter Kelli Marchant (Eric), 8 Grandchildren, sisters Karma Vela, Carolyn Miller (Jim), and his brother Glade (Diane). He is preceded in death by his sister Collette Hedilius. Funeral services will be held at 11:00 a.m. Wednesday, November 13, 2013 at the Layton 18th Ward Chapel, 1480 West Phillips Street, Kaysville, Utah. Friends may call at the church Tuesday, November 12, from 6:30-8:30 p.m. and Wednesday from 9:30-10:45 a.m. prior to the services. Interment, Timpanogos Memorial Gardens, 1000 North 400 East, Orem, Utah. Condolences can be sent to www.bergmortuary.com.

Stanley Jay Carter was called home to Heavenly Father just before 1:00 PM on Friday, November 8th. He slipped away peacefully in his home surrounded by family after a long struggle with multiple health complications. Born on October 13,... View Obituary & Service Information

The family of Stanley Jay Carter created this Life Tributes page to make it easy to share your memories.