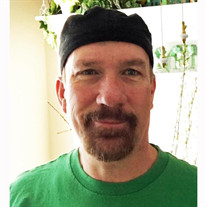 Stephen Ray Gibb passed away at home from liver cancer on August 20, 2020 in Orem, Utah. He was born with his twin brother, Randal Kay Gibb, on November 30, 1955 in Cardston, Alberta, Canada, to Bert Robin Gibb and Shirley Lola Atkins. He graduated from Cardston High School and earned a BA in Engineering from Brigham Young University. He married Lori Brooks (divorced) and had three children. He then met and married the love of his life, Denise Gill Lewis-Gibb on March 30, 1996. Steve worked in computer technology at Smith MegaDiamond then later for 30 years as an IT Specialist for the State of Utah, Department of Information Technology, from which he retired in June of 2017. With a love of music and encyclopedia knowledge of artists and songs, Steve ran a successful mobile disc jockey business for 40 years. Together Steve and Denise provided numerous events for weddings, businesses and Utah’s singles. He is a lifelong member of the American Disc Jockey Association, having served in many leadership positions, and was a founding member of the Utah Disc Jockey Association and served as president and treasurer for many years. Steve enjoyed tripping all over the western United States on his motorcycle with Denise and extended family, relaxing and cooking on camping trips, and climbing Moab’s red rocks in his tricked out Rubicon. He enjoyed the arts as a season ticket holder at the Eccles Theatre, Hale Center Theater, and SCERA Shell. He also enjoyed numerous concerts that featured classic rock and held a special place in his heart for the Beatles and Eagles. Steve played board games with the same passion for finances as he had in life: he always had to be the banker and was very good at it. Steve could also fix anything mechanical. Between his engineering degree and YouTube, nothing was beyond his abilities. Steve also had a very sharp and intelligent sense of humor. His zingers could make the entire room laugh. Steve is survived by his wife, Denise; brother, Michael (Jane) Gibb, Calgary, AB, Canada; sister, Kris (Kendall) MacDonnell, Cardston, AB, Canada; son, S. Randal (Emily) Gibb, Orem, UT; daughter, Jackie (Cameron) Ward, Riverton UT; son, David Gibb, Pleasant Grove, UT; stepson, Michael (Heather) Lewis, Spring, TX; and stepdaughter, Angela (Grant) Eckstein, Orem, UT; and 15 beloved grandchildren. Steve is preceded in death by his twin brother, Randal, and his parents. Condolences may be expressed to the family at www.bergmortuary.com. His services may be viewed live online on Wednesday, August 26, 2020 at 3 pm MDT at https://youtu.be/eGt0zPR1w9w

Stephen Ray Gibb passed away at home from liver cancer on August 20, 2020 in Orem, Utah. He was born with his twin brother, Randal Kay Gibb, on November 30, 1955 in Cardston, Alberta, Canada, to Bert Robin Gibb and Shirley Lola Atkins. He graduated... View Obituary & Service Information

The family of Stephen Ray Gibb created this Life Tributes page to make it easy to share your memories.

Stephen Ray Gibb passed away at home from liver cancer on August...

Send flowers to the Gibb family.